Disaster, Environment, Hurricane Henri
Save for Later
From The Center 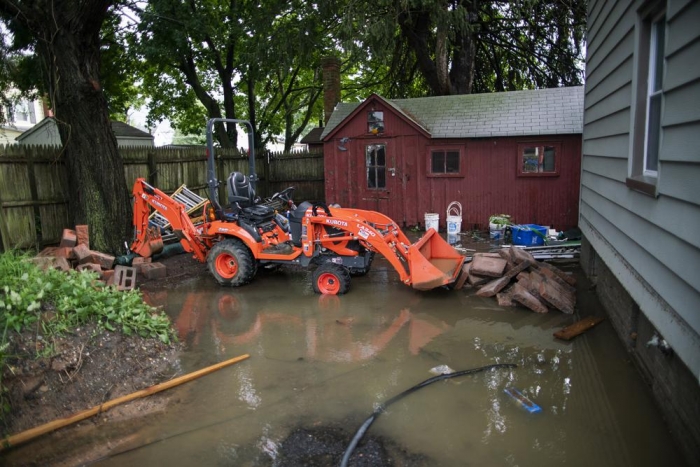 The slow and sprawling storm system named Henri drenched much of the inland Northeast with rain Monday, hampering cleanup efforts and threatening further flooding in areas with ground already saturated from a wet summer.

Rains from the storm, which spared coastal areas of New York and New England major damage when its center made landfall Sunday in Rhode Island as a tropical storm, deluged areas from New Hampshire to New York City and down to New Jersey and Pennsylvania.

Downpours, flooding and even tornadoes were possible Monday in New England, where officials fretted that just a few more inches would be a back-breaker following a summer of record rainfall.

With rain still falling off and on, but with the sun finally peeking through at times, residents in parts of the Northeast turned to cleaning up any damage so far.