Disaster, Tennessee floods, Tennessee, Environment, floods
Save for Later
From The Left 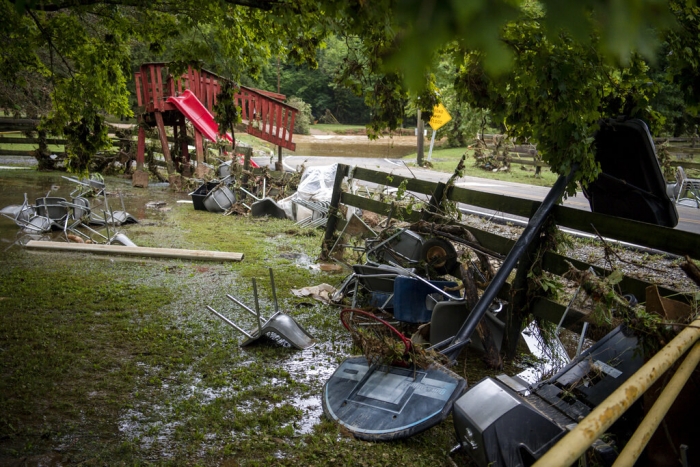 At least 22 people are dead after major flooding over the weekend devastated parts of Tennessee, with searches underway for more than 40 other people who are missing, authorities told the Associated Press on Sunday.

The rainfall was likely historic, the National Weather Service said. Preliminary data from McEwen, Tennessee, recorded more than 17 inches of rain — the highest ever in a 24-hour period in state history. On Sunday, rescue crews were going door to door in search of missing people, with deputies also responding to calls for welfare checks, Humphreys County Sheriff Chris Davis said.

But rescue efforts were hampered by the damage to the infrastructure, including the loss of cell service, caused by the flooding. A sheriff's office Facebook post was filled with comments from people seeking to reconnect with family members. In another Facebook post, the Waverly Department of Public Safety posted a list of more than 40 missing people and asked residents to contact the agency if they had physically seen or talked to someone listed. Waverly, a city of about 4,000 people, is the county seat of Tennessee's Humphreys County.