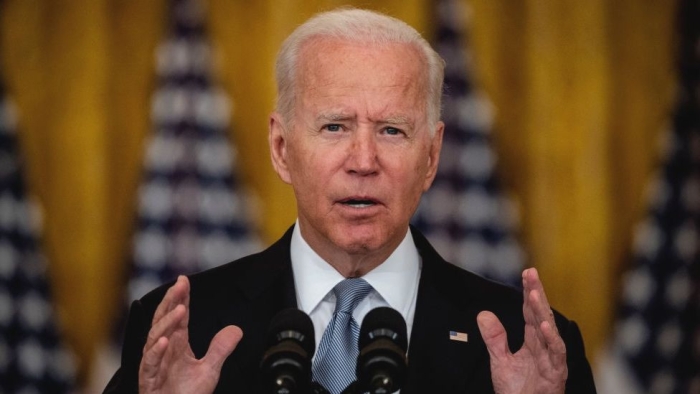 In his speech on Monday evening, President Joe Biden made a series of assertions about US policy in Afghanistan and the reasons behind his decision to withdraw forces from the country.

BBC News has fact-checked some of his claims, comparing them with his earlier statements on Afghanistan and the situation on the ground.

'Our mission in Afghanistan was never supposed to have been nation building.'

President Biden stressed the purpose behind the US intervention in Afghanistan had "always been preventing a terrorist attack on American homeland" and "never supposed to be creating a unified centralised democracy".

This clearly contradicts his previous positions on the US objective in Afghanistan.

At the outset of the conflict in 2001 when Mr Biden was a US senator, he outlined the long-term purpose of the American military intervention, saying: "Our hope is that we will see a relatively stable government in Afghanistan, one that… provides the foundation for future reconstruction of that country."