Environment, Japan, Disaster, General News
Save for Later
From The Center 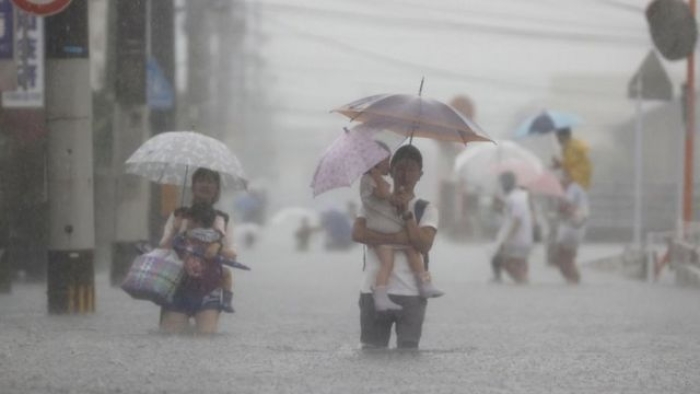 Nearly two million people have been urged to evacuate their homes amid heavy rainfall in parts of Japan.

Highest-level rain warnings have been issued in a number of prefectures, including Fukuoka and Hiroshima.

One woman has died and her husband and daughter are missing after a landslide destroyed two homes in Nagasaki prefecture.

More than 150 troops, police and firefighters have been sent to help with rescue operations in the area.

"They are carefully searching for the missing residents, while watching out for further mudslides as the heavy rain continues,"...