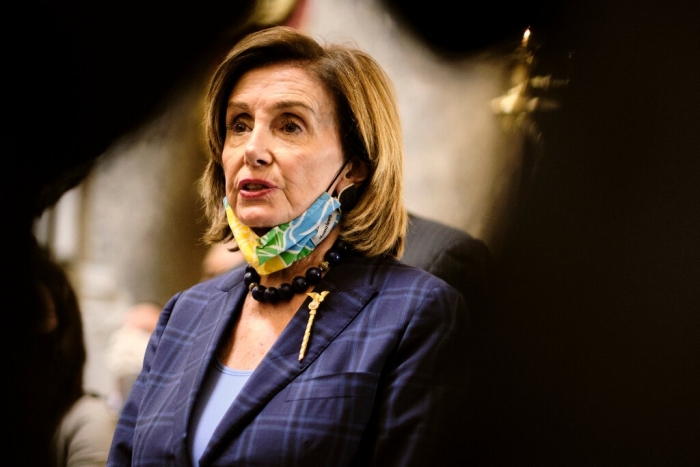 Nine moderate House Democrats told Speaker Nancy Pelosi on Friday that they will not vote for a budget resolution meant to pave the way for the passage of a $3.5 trillion social policy package later this year until a Senate-approved infrastructure bill passes the House and is signed into law.

The pledge, in a letter released early Friday, is a major rift that threatens the carefully choreographed, two-track effort by congressional Democrats and the Biden administration to enact both a trillion-dollar, bipartisan infrastructure deal and an even more ambitious — but partisan — social policy measure. The nine House members are more than enough to block consideration of the budget blueprint in a House where Democrats hold a three-seat majority.

The Senate passed the infrastructure bill on Tuesday with 69 votes, including 19 Republicans. It then approved, on a party-line vote early Wednesday, a $3.5 trillion budget resolution that, if passed by the House, would allow Democrats in both chambers to assemble the social policy bill this fall without fear of a Republican filibuster in the Senate.

But that social policy bill might not pass until well into the fall, if ever, given the 50-to-50 partisan split in the Senate. And moderate House Democrats say delaying a vote on infrastructure runs the risk of unforeseen events derailing it.

Read full story
Some content from this outlet may be limited or behind a paywall.
US House, Federal Budget, Democratic Party, budget reconciliation, Infrastructure, infrastructure bill