sexual misconduct, Andrew Cuomo
Save for Later
From The Center 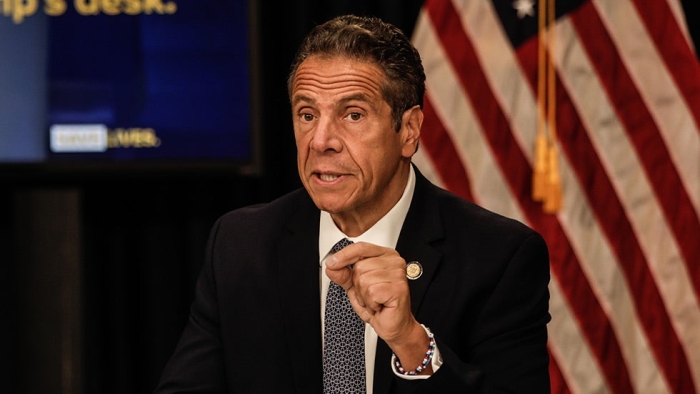 New York Gov. Andrew Cuomo (D) has resigned from office after a bombshell report released by state Attorney General Letitia James (D) found he sexually harassed 11 women, including some who worked in his office, and violated state and federal laws.

Cuomo had been inundated with calls for his resignation and faced an impeachment hearing in the state Assembly that appeared all but guaranteed to spark a trial in the state Senate. Should he have survived potential impeachment proceedings, he also faced daunting reelection prospects in 2022.

But he appeared defiant to the end.

AllSides Media Bias Rating: Center
You disagree.
Thank you! Community votes alone don't determine our ratings, but are valuable feedback and can prompt us to do more research.
100924/80952

News
Apple to Scan for CSAM
The Flip Side

News
The Democrats who could run to replace Cuomo
Politico

Analysis
Aide Who Accused Cuomo of Groping Speaks Out: “What He Did to Me Was a Crime”
Slate

News
Andrew Cuomo
The Flip Side

Opinion
CNN Could Have Promoted a Person of Color To Replace White Masturbator Jeffrey Toobin. The Network Refused. Why?
Washington Free Beacon