bridging divides, Environment, wildfires
Save for Later
From The Center 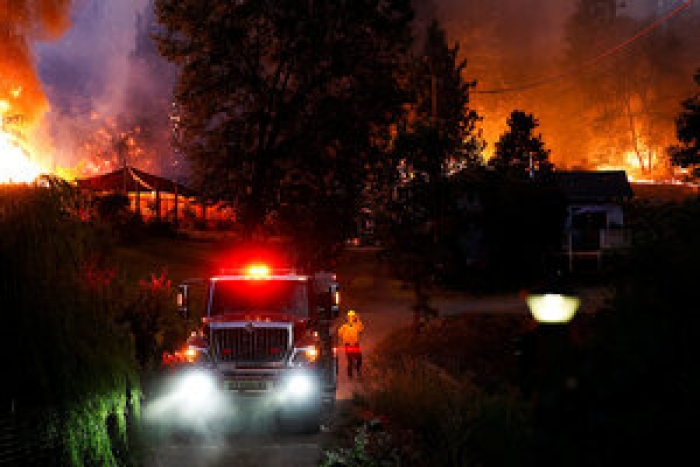 The acrid smoke from massive wildfires that ignited in rural eastern Washington last Labor Day weekend drifted over the Cascades before blanketing the state’s populous western flank. Ashen clouds darkened the skies above Seattle, Tacoma, and the capital, Olympia, looming like a rebuke of state lawmakers for failing to alleviate a worsening wildfire crisis.

The memory of that spectacle lingered after the haze cleared, and when the Legislature convened in January, a sense of urgency – and unity – prevailed in the statehouse. Republicans joined with Democrats to unanimously approve a wide-ranging wildfire prevention bill, resolving differences that had derailed similar measures the past two sessions.

The show of bipartisan support marked a victory for Hilary Franz, a Democrat and Washington’s commissioner of public lands. Since taking office in 2017, she has prodded lawmakers in both parties – Democrats control the House and Senate – to work together on wildfire legislation “before the Evergreen State turns charcoal black.”

As infernos ravage the West again this summer, adding to the vast destruction witnessed in recent years, Democrats and Republicans in several states have embraced collaboration on wildfire bills as they seek to save lives, land, and homes. At a time of national polarization, when pragmatism can seem a lost art, the towering flames in Oregon, California, Arizona, Colorado, and elsewhere have forged consensus among legislators to confront a perennial threat.

Read full story
Some content from this outlet may be limited or behind a paywall.
bridging divides, Environment, wildfires