Climate Change, John Kerry, carbon emissions
Save for Later
From The Right 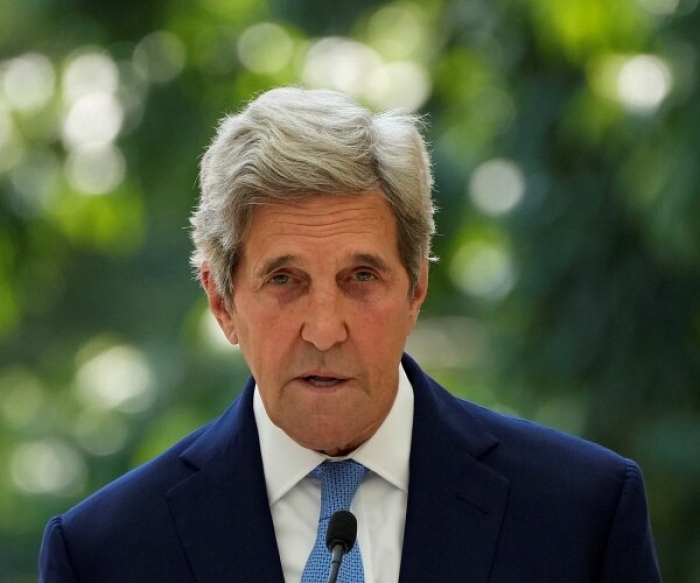 A private jet owned by climate czar John Kerry's family has flown 16 times this year, according to FlightAware records.

Kerry is President Joe Biden's adviser for lowering greenhouse gas emissions. Private jets have been estimated to emit upward of 40 times as much carbon per passenger as commercial flights, Fox News said.

"Secretary Kerry travels commercially or via military air in his role as Special Presidential Envoy for Climate," a Kerry spokesperson told Fox News.

Many of the flights occurred within Massachusetts, including Martha's Vineyard and Boston International Airport. At least...

Read full story
Some content from this outlet may be limited or behind a paywall.
Climate Change, John Kerry, carbon emissions

NEWS
In Response to Climate Change, Citizens in Advanced Economies Are Willing To Alter How They Live and Work
Pew Research Center

How bad will climate change get?
ANALYSIS

How bad could climate change get? Humans have already warmed the planet by at least 1 degree Celsius by burning fossil fuels that spew heat-trapping gases...

Through fires and hurricanes, through lethal heat waves and flash floods, the world seems to be ending — or at least, that's what it feels like. All around...

We have to start removing carbon dioxide from the atmosphere to have any chance of averting the worst impacts of global warming, the Intergovernmental Panel on...

It’s become popular for progressives to proclaim that climate change is the top threat to America’s national security. China’s Communist Party, by far the...

As planned, China’s new emissions-trading scheme (ETS) is doing nothing to reduce its emissions. Launched in July, the ETS encompasses 2,200...

Why We Shouldn't Fear a Climate Apocalypse
ANALYSIS

The Intergovernmental Panel on Climate Change has issued its latest report assessing the state of the climate and projecting its future. As usual, the media...