US Senate, Kyrsten Sinema, Democratic Party, Infrastructure, Bipartisanship, Moderates, Politics
Save for Later
From The Left 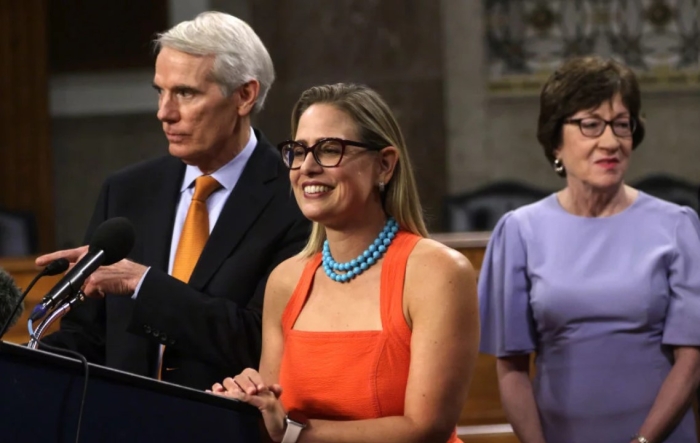 Democratic Sen. Kyrsten Sinema of Arizona is batting away criticism that her bipartisan approach to legislating is bad for her party.

To Sinema, a moderate, bipartisanship is the way Washington should work.

"We know that the American people are asking for us to take action," she told NPR's All Things Considered. "What they don't want to see is us sit on our hands, waiting until we get every single thing that we want. ... That all-or-nothing approach usually leaves you with nothing."

Sinema occupies a crucial position in a Senate divided...