Immigration, border wall, US Senate
Save for Later
From The Right 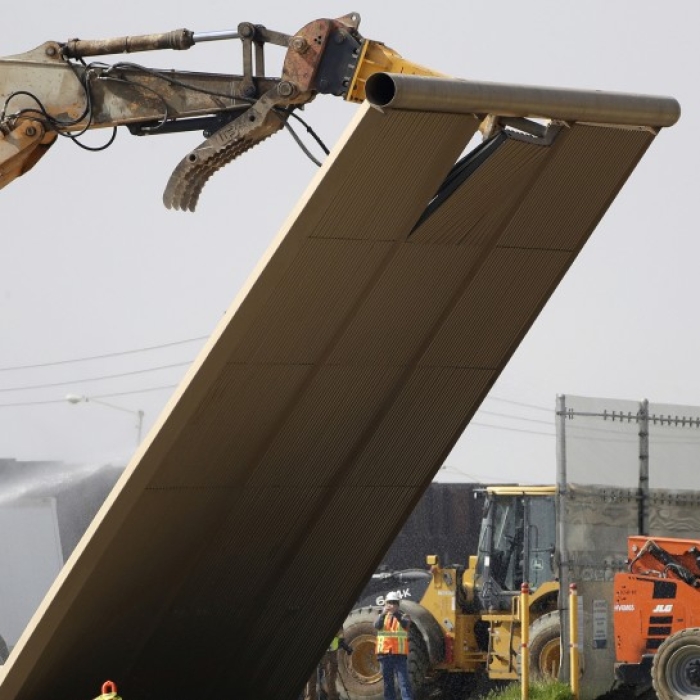 Senate Democrats blocked a measure that would have required the federal government to resume building the southern border wall and implement other border security measures to curb a massive influx of illegal immigration.

Lawmakers voted to reject a provision, 48-49, authored by Republican Sen. Ron Johnson that would have prevented the federal government from canceling construction contracts to build the border wall and implement other border security measures.

Read full story
Some content from this outlet may be limited or behind a paywall.
Immigration, border wall, US Senate

U.S. increases deportations to Haiti amid spike in border arrivals

The U.S. government is increasing deportation flights to Haiti in response to the rapid arrival of thousands of Haitian migrants in a small Texas community...

The White House has informed governors about the number of Afghan refugees they can expect to be resettled in their states in coming weeks, an...

About 10,000 migrants being held under bridge in Del Rio, Texas

About 10,000 migrants are packed under a bridge in Del Rio, Texas, waiting to be taken into U.S. custody, officials said on Thursday. Customs and Border...

WASHINGTON – For decades, lawmakers and immigrant advocates have been working to pass immigration reform on Capitol Hill, often looking to pass bipartisan...

The Biden administration notified governors and mayors on Wednesday of the number of Afghan evacuees their state is expected to receive in the coming weeks,...

Sens. Alex Padilla (D-Calif.) and Rand Paul (R-Ky.) on Wednesday introduced a bill that seeks to provide a pathway to citizenship for the country's 200,000 "...

Thousands of migrants have converged under the bridge that connects Del Rio, Texas and Mexico's Ciudad Acuña, creating a makeshift camp with few basic services...

More than 10 million U.S. citizens share a household with an undocumented immigrant, according to a new analysis of Census Bureau data by immigration...

President Biden is struggling with a Gordian knot on immigration that there's little he can do to untangle: The nation's broken system is making it harder than...

The Department of Health and Human Services (HHS) has announced a plan to make available new resources to "protect reproductive health" in the face of the...

The Orange County Board of Supervisors approved a three-year service plan for Afghan refugees entering the county as concerned residents...

The Federal Aviation Administration (FAA) on Thursday night initially placed a two-week flight restriction along a bridge at the Texas-Mexico border...

Sen. Ted Cruz is on the ground in Del Rio, Texas, detailing the humanitarian crisis under the Del Rio International Bridge, where there are more than 10,000...

Thousands of Illegal Immigrants Amass Under Bridge in Texas

DEL RIO, Texas—Thousands of illegal immigrants, mostly from Haiti, are congregating under a bridge in Texas while they wait to turn themselves in to...