A Quick Reminder That Mandating Vaccines Is Totally Constitutional

Role of Government, Healthcare, coronavirus, vaccine mandates, coronavirus vaccine
Save for Later
From The Left 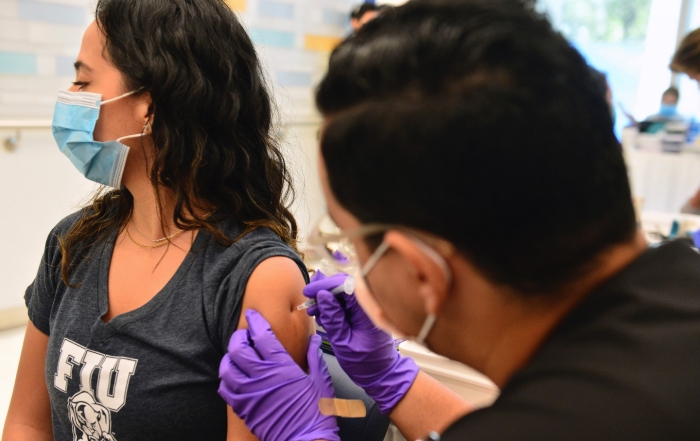 Anti-vaxxers and anti-mask people are loud and wrong all the time. It’s a devastating combination. They’ve got an entire white-wing media echo-sphere that amplifies their wrong ideas. They have social media algorithms that elevate their ignorance and misinformation, such that even calling them out boosts their uninformed or willfully false takes.

Moreover, the sheer breadth of things they are wrong about is dizzying. The vaccine has been blamed for everything from causing new Covid-19 variants (it doesn’t) to granting people the power to control metal, like Magneto (I wish). The lies mutate and evolve even faster than SARS-CoV-2, making it hard to keep up with whatever ignorance is being promoted—and functionally impossible to combat the misinformation in real time.

But there is one particularly bad take that gets repeated by everybody from Republican members of Congress to some guy from high school you haven’t yet blocked on Facebook: that it is unconstitutional for public or even private institutions and businesses to mandate that people get the vaccine or wear masks before entering establishments. To back these claims, the anti-vaccine brigade has cited everything from HIPAA (the medical privacy act) to “the Bill of Rights,” as if declaiming ignorance will give them street cred in the ICU.

Read full story
Some content from this outlet may be limited or behind a paywall.
Role of Government, Healthcare, coronavirus, vaccine mandates, coronavirus vaccine

More News about Role of Government from the Left, Center and Right

News
As President Biden negotiates the final size and scope of the Build Back Better Act with fellow Democrats, Senator Joe Manchin of West Virginia has emerged as a major hurdle to his agenda. The conservative Democrat and his family would potentially profit
Democracy Now

Opinion
Separation of powers is supposed to stop tyranny. But is it eroding?
Deseret News

Analysis
Where Does Biden Get the Authority To Mandate Vaccination?
Reason

Opinion
Australia Traded Away Too Much Liberty
Conor Friedersdorf

Analysis
The Real Crimes Of Andrew Cuomo
The American Conservative

Opinion
Why Don’t They Believe Us?
Tablet Mag

Opinion
Why Ron DeSantis is more dangerous than Trump
MSNBC

Opinion
Liberals Hate That You Have Rights
Townhall