A timely lesson from a tiny town long ago

bridging divides, race and racism, Inequality, civility
Save for Later
From The Center 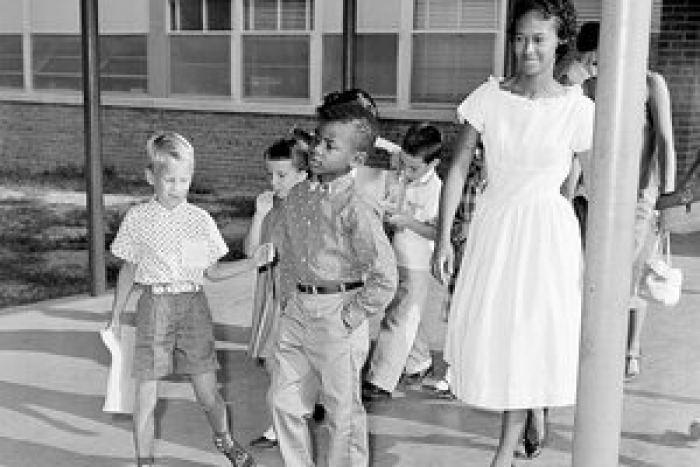 Recently, a friend gave me the book “A Stronger Kinship” by historian Anna-Lisa Cox. It tells of Covert, Michigan, a small town 30 miles from my friend’s childhood home.

His nearly all-white high school had played them in sports, yet only now was he learning that more than a century ago, Black and white residents of Covert had “lived as equal citizens,” as the book puts it.

As far back as the 1860s, they treated each other as neighbors regardless of race, farming side by side. Black men not only voted with white men but also ran for office and won. And women helped one another in their domestic spheres.

The integration of Covert’s schools is a good example of the town’s determined neighborliness. It was illegal to educate Black and white children together in Michigan in 1866. So when Black settlers bought land with a schoolhouse on it, a showdown might have been expected. Instead, the community, which prized education, decided to do what was right and educate all children. Of necessity, that meant educating them together – in rough-hewn, one-room schoolhouses, where children sat side by side, sharing books and “leaning over each other’s slates to work on sums,” the author explains.

Read full story
Some content from this outlet may be limited or behind a paywall.
bridging divides, race and racism, Inequality, civility