Elections, voting rights and voter fraud, Women's Issues, Inequality, Voting, race and racism
Save for Later
From The Center 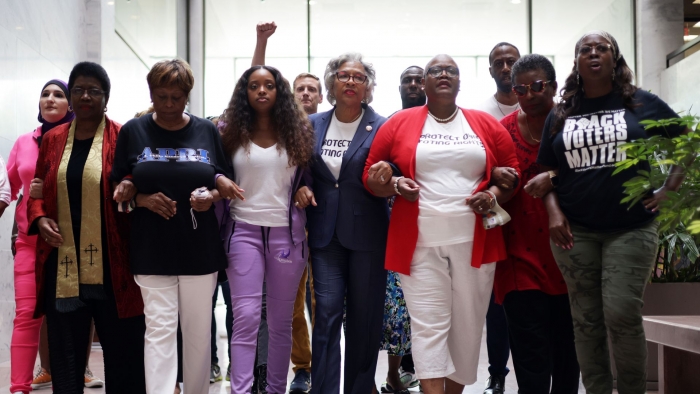 Women of color turned out to vote at record rates in the 2020 election, with almost nine in 10 agreeing that the stakes were too high not to vote, according to a new poll.

Why it matters: The findings in the poll, conducted by The Harris Poll on behalf of a group of reproductive justice organizations, appear to confirm the highly-motivated voting bloc's emerging power.

Advocates warn that the GOP's efforts to restrict voting access, including targeting vote by mail and early voting, will disproportionately impact people of color.

NEWS
Frustrated California Voters May Have Lost The Recall, But The War On Newsom Isn’t Over
The Federalist

Voting officially kicks off Friday in the most competitive statewide election since Joe Biden became president. This November’s race for Virginia governor...

Texas Gov. Greg Abbott has $55 million banked for his re-election campaign, a 73 percent approval rating among Republicans, and an endorsement from...