How Democrats Screwed Up So Royally on Evictions

Housing and Homelessness, eviction moratorium, Democrats
Save for Later
From The Left 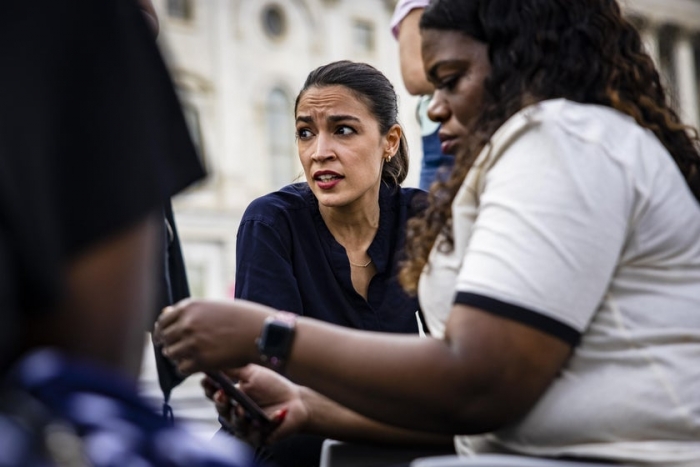 Last Thursday, as the House of Representatives was wrapping up lingering business before leaving town for the summer, the White House threw a grenade into Democratic leaders’ laps. You know that CDC eviction moratorium that was set to lapse at the end of July—as in, a few days later? The White House would need Congress to pass legislation extending that, immediately.

The July 31 deadline has come and gone, with neither Democrats in Congress nor the White House having extended it. This could leave millions without housing as landlords resume what they lovingly call “property operations.” And while congressional Democrats and the administration are still in conversations about what they can do, the main battle plan for each participant appears to be ensuring that the blame for the ensuing mess sticks to someone else.

This is unusual territory for House Democratic leaders, who have operated as a pretty well-oiled machine for most of the year. The team of Speaker Nancy Pelosi, Majority Leader Steny Hoyer, and Majority Whip James Clyburn has passed just about everything asked of it, despite the narrowest of majorities. Pelosi has not had to turn to Minority Leader Kevin McCarthy for votes on anything.

But the White House request last Thursday was too much. Leaders began whipping that night and could not find the votes, with too many moderates dead-set against another extension. Pelosi issued a letter to the Democratic caucus Thursday night pleading with them to come around, to no avail.

The efforts to find the votes continued through Friday. But in the end, Hoyer tried to pass an extension through unanimous consent, Republicans blocked it, and members started for the airport. When Democratic leaders came to brief the press and pin blame on Republicans, though, they were met with a scene that was not indicative of a party in array. Pelosi and Hoyer waited just feet from California Rep. Maxine Waters, chairwoman of the Financial Service Committee, until she finished explaining why she thought they “should’ve fought harder.”

Now, Democratic congressional leaders would never outright say that their dear friends in the Biden administration had thrown them under the bus at the last minute. But it’s not an accident that the first sentence of her letter to colleagues last Thursday pleading with them to pass an extension began, “In the last 24 hours, a challenge to the conscience of the Congress has descended upon us.” And in her remarks to reporters following the failed unanimous consent effort on Friday, Pelosi noted that, “we only learned of this yesterday,” and “there was not enough time to socialize it within our caucus as well as to build a consensus necessary.” New York Rep. Alexandria Ocasio-Cortez noted on CNN this weekend, too, that the White House had dithered on making its position known until the last minute.

Read full story
Some content from this outlet may be limited or behind a paywall.
Housing and Homelessness, eviction moratorium, Democrats