This Democrat wants to fix potholes with Republicans, not steamroll them

bridging divides, Kyrsten Sinema, bipartisanship
Save for Later
From The Center 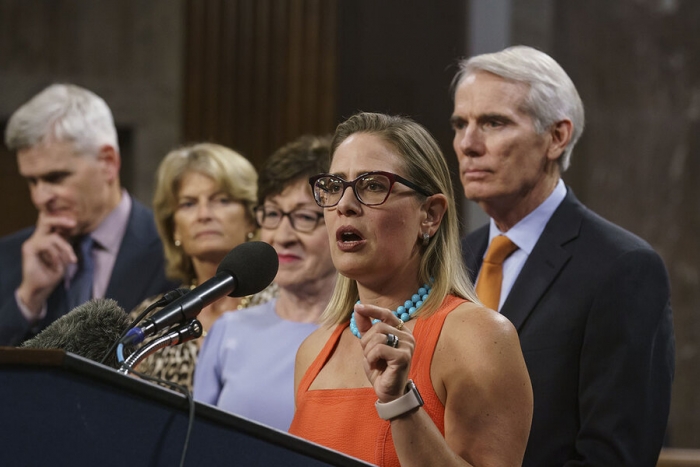 Kyrsten Sinema, a once-strident liberal who now charts a pragmatic path, is spearheading Congress’ most significant infrastructure bill in years. Some Democrats see the bipartisan effort as capitulation.

Sen. Kyrsten Sinema knows a thing or two about crusading for justice. As an activist back in the early 2000s, she protested the Iraq War in a pink tutu. And as a first-term Arizona state legislator, she routinely delivered scathing speeches against her Republican opponents, marching back to her office filled with righteous indignation – only to see the GOP’s bills pass.

Now, after transforming herself into a pragmatic coalition-builder willing to work with conservative allies, she’s on the receiving end of that indignation.

Using the same approach that helped her become the first Democrat from Arizona elected to the U.S. Senate in 30 years, Ms. Sinema has co-spearheaded a $1 trillion bipartisan infrastructure bill that would deliver badly needed improvements to America’s roads, bridges, water systems, broadband internet, and more – and prove that the American model of governance is still viable.

“This bill fixes our democracy as much as it fixes our roads and bridges,” said Rep. Tom Malinowski, a New Jersey Democrat and member of the House Problem Solvers Caucus, which helped develop some of the underlying ideas in the bill and held a bipartisan press conference Friday with five of the senators involved to urge its passage in both chambers. “To my fellow Democrats, I would say – let’s seize this opportunity.”

But at a time when Democrats control the House, Senate, and White House, some see bipartisanship as an unnecessary capitulation on their grand agenda. The Arizona realities that pushed Ms. Sinema to reach out to Republicans stand in contrast with the current alignment of power in Washington – one that liberal Democrats are keen to capitalize on, including by passing their “human infrastructure” priorities, with investments in child care and mitigating climate change.

With the support of President Joe Biden, who campaigned on promises of working across the aisle, those priorities have been put in a separate $3.5 trillion bill that Democrats are hoping to pass through a fast-track budget reconciliation process that wouldn’t need a single GOP vote – if, that is, all Democrats vote for it. But on the same day Ms. Sinema and fellow bipartisan negotiators announced their physical infrastructure deal, the Arizona senator also said she would not support a budget bill with that big a price tag, drawing the ire of progressives within her own party. That intraparty dispute could jeopardize the bipartisan bill when it comes to a vote in the House, where Democrats hold only a narrow margin and many Republicans are not expected to support the legislation.

Read full story
Some content from this outlet may be limited or behind a paywall.
bridging divides, Kyrsten Sinema, bipartisanship