The lapsed eviction moratorium is the Supreme Court’s fault

Housing and Homelessness, eviction moratorium, Supreme Court
Save for Later
From The Left 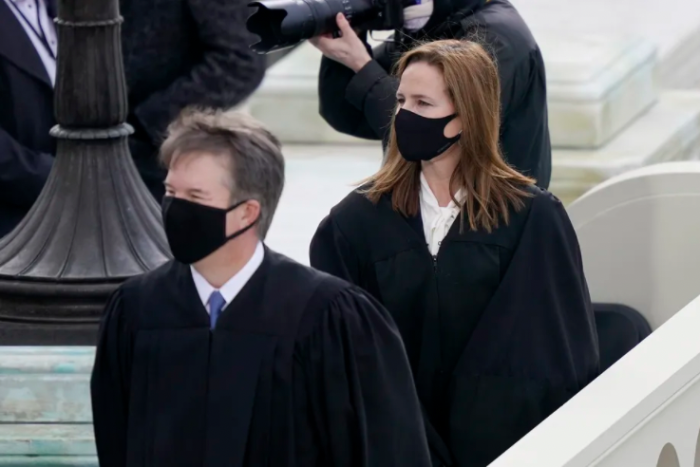 On Sunday, a federal eviction moratorium, which was intended to prevent renters from losing their homes in the midst of a pandemic, expired.

At its height, this moratorium may have saved as many as 40 million Americans from eviction. But, in late June, the Supreme Court signaled that this moratorium must expire at the end of July, effectively leaving many renters without protection.

In theory, most of these renters — and their landlords — should have received federal housing assistance. Over the course of the pandemic, Congress allocated $45 billion in rent relief to help people struggling financially due to Covid-19. But the state and local governments charged with distributing these funds have struggled to disburse them quickly.

That means lots of people are behind on their rent and now at risk of eviction. And, because a closely divided Congress is barely able to function even under ideal circumstances, it also appears to mean that congressional leaders are eager to shift blame for a possible eviction crisis elsewhere.

On Sunday, House Speaker Nancy Pelosi and her Democratic leadership team put out a perplexing statement. Although the Supreme Court bears primary responsibility for the end of the eviction moratorium, the words “Supreme Court” do not appear anywhere in the House Democratic leaders’ statement about the now-expired moratorium. Instead, the statement insists that “action is needed,” and then it falsely claims that an effort to “extend the moratorium” must “come from the Administration.”

There is, in fairness, plenty of blame to go around for why the moratorium did not continue after the Court-imposed deadline of July 31.

After President Joe Biden called upon Congress to pass a new law extending the moratorium on Thursday, Pelosi attempted to find the votes to pass such a moratorium through the House — but ultimately came up short in a closely divided chamber where a handful of right-leaning Democrats can scuttle any bill.