Domestic Policy, Infrastructure, US Senate, General News
Save for Later
From The Left 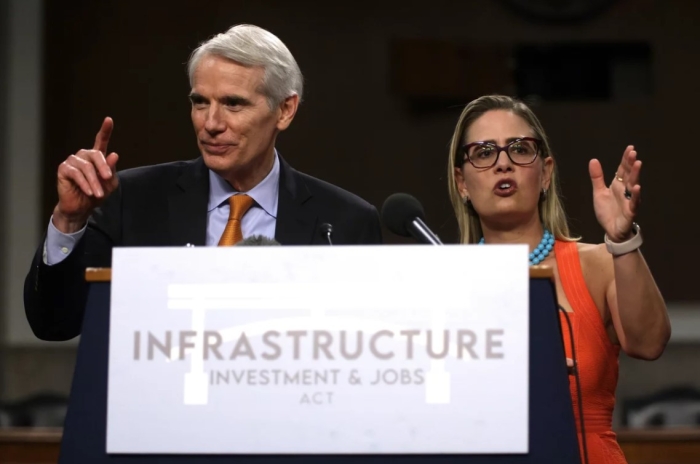 Senators announced the long-awaited text of a nearly $1 trillion bipartisan infrastructure package Sunday night over a month after President Biden and a bipartisan group of senators first announced such a deal.

The Infrastructure Investment and Jobs Act focuses on investments in roads, railways, bridges and broadband internet, but it does not include investments that Biden has referred to as "human infrastructure," including money allocated for child care and tax credits for families. Democrats are looking to address those priorities separately.

The package calls for $550 billion in new spending over five years.