defense department, Pentagon, US Military, Criminal Justice, police reform
Save for Later
From The Left 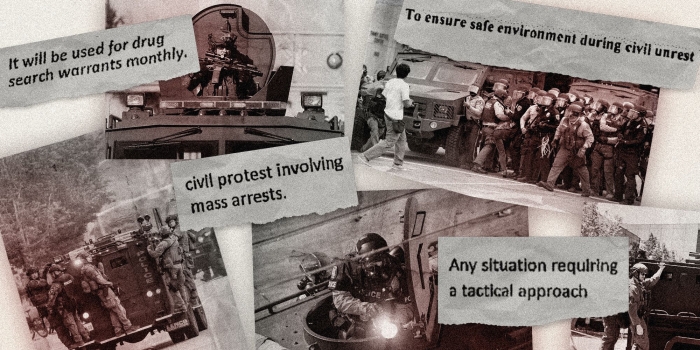 Last summer, as one city after another broke out in protest against the murder of George Floyd, some of the most enduring images were not of the demonstrators, but of the police: decked out in riot gear, aiming automatic weapons at peaceful crowds, and riding around on armored vehicles built for war.

The crackdowns on protesters renewed furious demands to end a suite of federal programs that have put billions of dollars’ worth of military weapons in the hands of local police. President Joe Biden singled out the most infamous of these — the Pentagon’s 1033 program, which transfers weapons and equipment from America’s foreign wars directly to domestic law enforcement agencies — for special condemnation. “Surplus military equipment for law enforcement? They don’t need that,” Biden said last July. “The last thing you need is an up-armored Humvee coming into the neighborhood.”

But as calls to demilitarize the police have intensified, so has the belief in countless police departments that they need the tools and weapons of war to police America’s cities and towns.