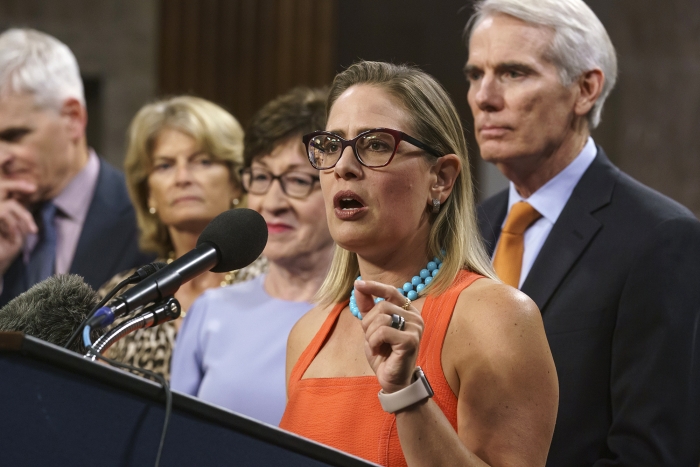 Arizona Sen. Kyrsten Sinema — a key Democratic swing vote — has said she will not be putting off August vacation plans to vote on the bipartisan infrastructure deal and $3.5 trillion reconciliation budget bill, according to a report.

Sinema, who previously said she would not support the $3.5 trillion bill that Democrats plan to push through with no Republican support, told Senate Majority Leader Chuck Schumer (D-NY) of her intentions to keep her summer plans, multiple unnamed sources told Politico’s Playbook.