Olympics Remind Us That Sports Build Bridges Where Governments Can't

bridging divides, sports, Olympics, Tokyo Olympics
Save for Later
From The Right 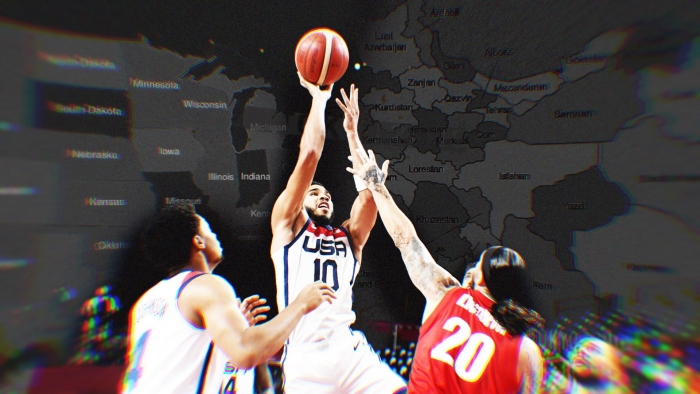 The United States and Iran met today at the Tokyo Olympics to play basketball. The elephant in the room—decades of geopolitical saber-rattling and proxy violence—was nowhere to be seen. The Americans clapped as the Iranian national anthem played. The Iranians applauded "The Star-Spangled Banner." Handshakes and niceties were exchanged before and after the game.

It was a match between opponents, not enemies. Historical relations between the U.S. and Iran might make that goodwill seem staggering—but today's game perfectly highlights the difference in how governments interact and how normal people do.

The story of U.S.-Iran hostility features one debacle after another. There was the 1953 Operation Ajax, in which the U.S. overthrew Iran's democratically elected Prime Minister Mohammad Mosaddegh; then, the 1979 Iranian hostage crisis and attack on the U.S. Embassy in Tehran. The two countries officially cut diplomatic ties in April 1980. President George W. Bush dubbed Iran part of the "Axis of Evil" in 2002; the U.S. has long been the "Great Satan" to Iran. Recent years have been filled with attacks, threats, and vitriol.

Read full story
Some content from this outlet may be limited or behind a paywall.
bridging divides, sports, Olympics, Tokyo Olympics