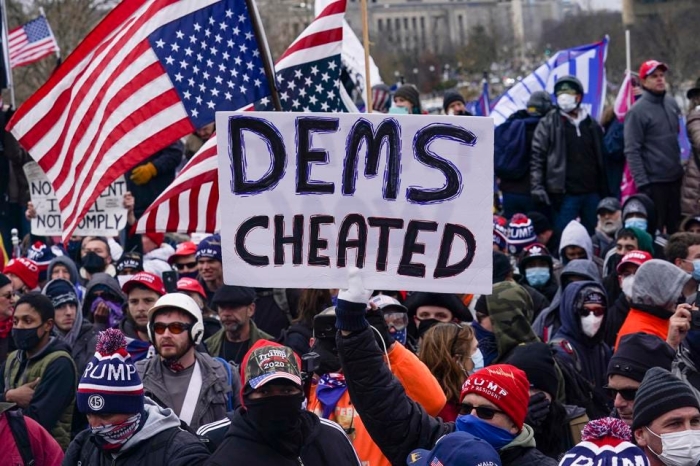 All of these things are true, at least according to the Gateway Pundit: Election officials lost or tampered with millions of Trump votes on election night last November. In Pennsylvania, an impossible number of mail-in ballots flowed into the state, leading to Joe Biden’s victory there. (That story’s headline blared with all the subtlety of a fire alarm: “SHOCKING EXCLUSIVE: WE CAUGHT THEM!”) Months later, Attorney General Bill Barr failed to follow up on legitimate claims of election fraud.

In reality, none of this is true. The Gateway Pundit, a far right news website which wouldn’t comment for this story, pushes a daily deluge of false, misleading or fake stories to a conservative audience eager to believe them—with much of the misinformation focused on the election, Covid-19 and the vaccine rollout, according to a new analysis by the Center for Countering Digital Hate. It’s been lucrative for Gateway Pundit: From November 2020 to June, the site brought in $1.1 million through Google Ad Sense, the search engine’s shared advertising revenue program, according to the center’s study, even though Google’s rules would seem to prohibit content like Gateway Pundit’s from being monetized.

NEWS
No, Washington State is Not Building Internment Camps for the Unvaccinated
Snopes