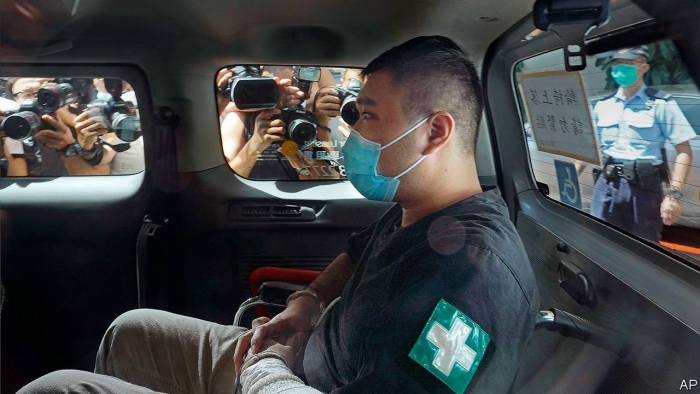 On july 27th a juryless court in Hong Kong convicted Tong Ying-kit, a 24-year-old waiter, of terrorism and inciting secession. He was the first to be found guilty under a sweeping national-security law, introduced last year. Just after the bill took effect, Mr Tong had ridden a motorcycle while displaying a flag saying “Liberate Hong Kong, Revolution of our Times”, and had crashed into several policemen. In effect, the ruling has criminalised the most popular slogan used by anti-government protesters in 2019.

Read full story
Some content from this outlet may be limited or behind a paywall.
China, Hong Kong, National Security, Oppression, World, Asia

What We Know About the California Church Shooter
Vice

Analysis
Does China Quietly Have Russia’s Back in Invading Ukraine?
Vice