The Void That Critical Race Theory Was Created to Fill

Inequality, critical race theory, race and racism, Education
Save for Later
From The Left 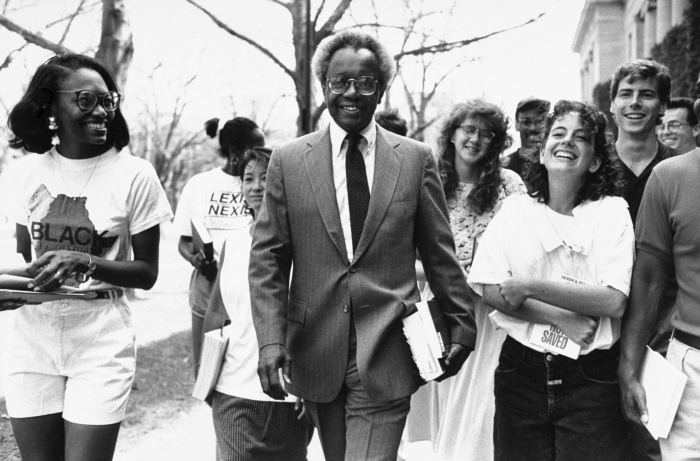 In 1971, Derrick Bell, a forty-year-old civil-rights attorney, became the first Black professor to gain tenure at Harvard Law School. A soft-spoken and prolific scholar, with glasses and a short fro coming to a widow’s peak, Bell was a Pittsburgh native and Air Force veteran who, before his career in academia, had worked with Thurgood Marshall composing legal strategies against school segregation in the South, at the N.A.A.C.P. Legal Defense Fund, and as the deputy director of civil rights at the U.S. Department of Health, Education, and Welfare. At Harvard, he created and taught the school’s first course of its kind on civil-rights law, providing students the only sanctioned opportunity for left-of-liberal legal training on the interworking of race and power. As a scholar, he published studies such as “Serving Two Masters,” in which he argued that the pursuit of racial balance in schools following the landmark ruling in Brown v. Board of Education was eclipsing efforts to improve the quality of education for Black children, leaving civil-rights lawyers compromised between their clients’ interests and the law.

Read full story
Some content from this outlet may be limited or behind a paywall.
Inequality, critical race theory, race and racism, Education

NEWS
Congress is trying, again, to end hunger in the military
Roll Call