Criminal Justice, Police, Seattle, Defund the Police, Crime, Violence in America
Save for Later
From The Right 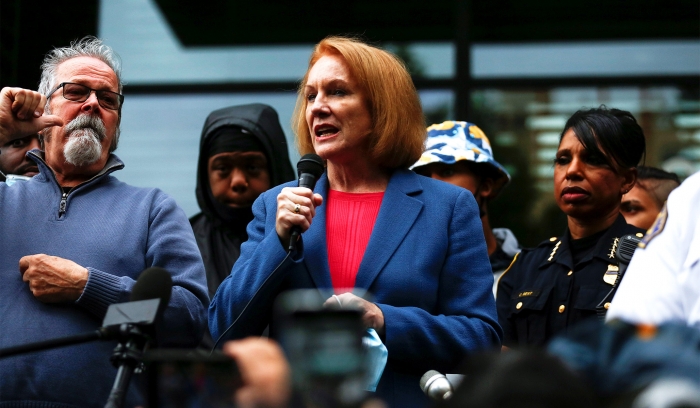 “As a city, we cannot continue on this current trajectory of losing police officers,” Durkan said during press conference on Monday. “Over the past 17 months, the Seattle Police Department has lost 250 police officers which is the equivalent of over 300,000 service hours. We’re on path to losing 300 police officers.”

Read full story
Some content from this outlet may be limited or behind a paywall.
Criminal Justice, Police, Seattle, Defund the Police, Crime, Violence in America

NEWS
A Maryland judge died from an 'apparent suicide' before he could be arrested over accusations of using a hidden camera on underage boys, officials say
Insider

NEWS
Cop Was Instructed to Use Music to Disrupt Filming
Vice

Washington — The U.S. Capitol Police said Monday that the officer who fatally shot a California woman during the January 6 assault on the U.S....