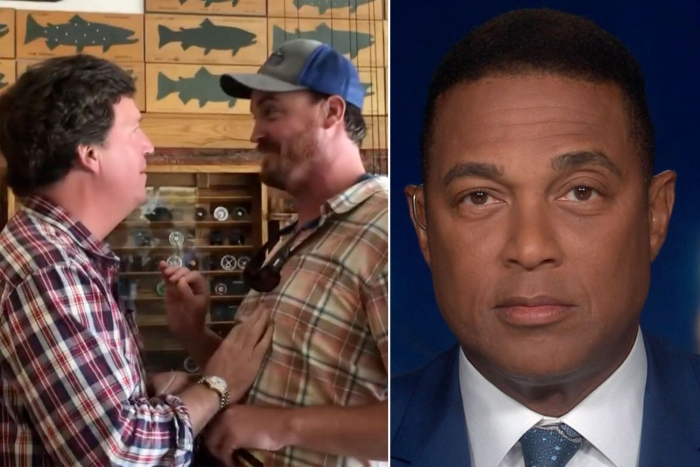 CNN anchor Don Lemon ripped the man who accosted Tucker Carlson in a Montana fly fishing shop, saying he had no right to invade the Fox News host’s “personal space.”

The liberal Lemon offered his surprising take during his CNN program “Don Lemon Tonight” Monday evening, when he devoted an entire segment to addressing the weekend encounter, which he said put him in a position “to maybe somehow have to defend Tucker Carlson.”

“Let me tell you this: I don’t like it. I don’t like it when people do that because I would not want it to happen to me,” Lemon began after showing a snippet of the video, going on to caution, “I have mixed emotions because Tucker has done this to people before. Tucker said some really nasty and silly things about me, and the next day there’s paparazzi in front of my house, hiding, taking pictures.”

PERSPECTIVES BLOG
From Cholera to COVID: Using Narratives to Mark “Our Side” Safe
NEWS
National Day of Dialogue. Christy Vines
How Do We Fix It?