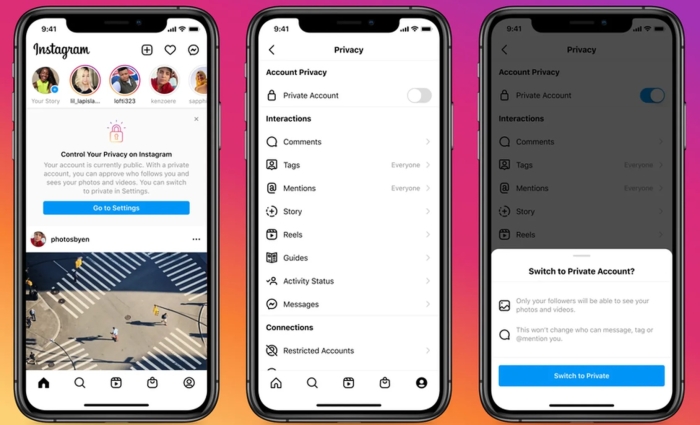 Facebook-owned Instagram is introducing changes designed to make the app safer for young people. From now on, anyone signing up to the service who’s under the age of 16 (or under 18 in certain countries) will have their account set to private by default, though the option to switch to public will still be available. Anyone under these ages with a public account now will be sent a notification encouraging them to switch to private.

Facebook the company is also introducing changes to how advertisers can target users under the age of 18. Previously, any user could be targeted based on their interests and activity; information that Facebook collects from across the web, not just its own properties, analyzing individuals’ web browsing history, app usage, and the like. Now, advertisers will only be able to target under-18 users based on their age, gender, and location. This applies to users on Instagram, Messenger, and Facebook.