Immigration, DACA, Joe Biden, Federal Budget
Save for Later
From The Right 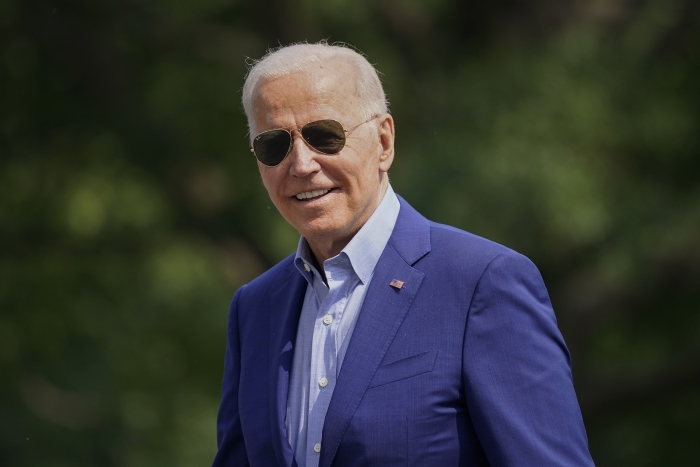 It “remains to be seen” if a pathway to citizenship for Dreamers, people originally promised such under the Obama-era Deferred Action for Childhood Arrivals program, can be included in the Democrats’ $3.5 trillion budget package, President Biden said.

The commander-in-chief made the comments just before walking into the White House Sunday while returning from a weekend in Wilmington, Del., after being asked by a pool reporter whether a pathway for citizenship needed to be included in budget reconciliation, which would be rammed through Congress with no GOP support.

HEADLINE ROUNDUP
US Envoy to Haiti Resigns Over Migrant Deportations

A senior American diplomat who oversees Haiti policy has resigned, two U.S. officials said, submitting a letter to the State Department that excoriated the...

DEL RIO — As immigration agents continue to fly more of the thousands of migrants camped in this border city to other processing centers or back to their home...

U.S. Set To Admit Lowest Number Of Refugees Ever

Despite President Joe Biden’s pledge to overhaul immigration and welcome refugees to the U.S., 2021 is on pace for a record low in refugee admissions....

The Department of Homeland Security is releasing some Haitians into the United States, despite repeated claims that they would be immediately expelled from the...

The mass of thousands of Haitians at the U.S. southern border has put the Biden administration in the exact place it’s tried to avoid: knee deep in immigration...

Why are so many Haitians at the US-Mexico border?

Thousands of predominantly Haitian migrants are still camped at the US border, where officials have struggled to provide them with food and sanitation. Last...

U.S. Special Envoy for Haiti Daniel Foote resigned Thursday, saying that he did not want to be associated with what he called the United States’ “inhumane,...

U.S. envoy resigns over expulsions to Haiti from Texas camp

The U.S. envoy to Haiti dramatically resigned on Thursday in a letter that excoriated Washington for deporting hundreds of migrants to the crisis-engulfed...

U.S. Special Envoy for Haiti Daniel Foote resigned Thursday, saying that he did not want to be associated with what he called the United States’ “inhumane,...

Psaki Announces Del Rio Border Patrol Will No Longer Use Horses in Response to False ‘Whip’...

White House press secretary Jen Psaki announced Thursday that Border Patrol agents will no longer be permitted to use horses to guard the border in Del Rio,...

Rep. Alexandria Ocasio-Cortez said a search by the Biden administration for a contractor to run a detention facility for migrants at...

US envoy to Haiti Daniel Foote resigns over migrant expulsions

The special envoy to Haiti stepped down on Thursday — blasting the Biden administration’s “inhumane” expulsions of Haitians from Del Rio, Texas....

DEL RIO, Texas—The flood of illegal immigrants that has crossed over the Rio Grande River since mid-September is straining the hospital and other...