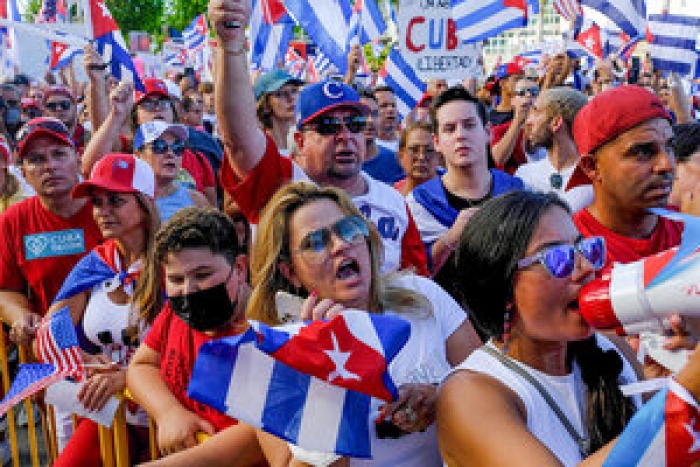 When a video emerged from Cuba’s unprecedented anti-regime demonstrations this month of a Havana protester waving the American flag, the political right in the United States was quick to seize on the display as proof that Cubans hate communism and want American-style freedom.

Some on social media juxtaposed the image of the Cuban waving the Stars and Stripes with scenes of American protesters burning flags at last summer’s police brutality and anti-racism demonstrations.

Not to be outdone, the lead organization in the Black Lives Matter movement also felt compelled to offer its two cents on the events in Cuba.

Dissatisfied Cubans marching in the streets was the direct result of the “U.S. federal government’s inhumane treatment of Cubans” through the 60-year-old economic embargo, the Black Lives Matter Global Network Foundation said. The freedom at stake is in fact “Cubans’ right to choose their own government” and to maintain Cuba’s “commitment to sovereignty and self-determination.”

Read full story
Some content from this outlet may be limited or behind a paywall.
bridging divides, Cuba protests, Cuba, World, Socialism, Freedom