Disaster, wildfires, west coast fires, California, Environment
Save for Later
From The Left 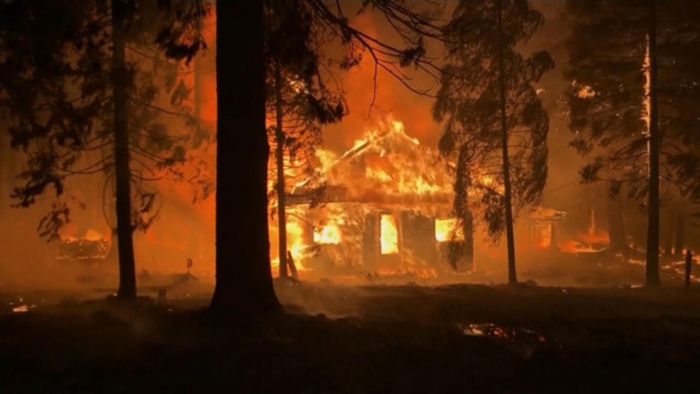 California's largest wildfire is growing this morning after destroying more than a dozen homes over the weekend.

After nearly two weeks, the Dixie Fire north of Sacramento is still just 21% contained. It's one of more than 80 fires burning in 11 Western states -- forcing nearly 8,400 evacuations.

The fury of the Dixie Fire is not only destroying homes in the community of Indian Falls. While threatening thousands more in its path, it's also creating smoke columns that could spark lightning storms, which could ignite even more fires.

"As the smoke clears, the sun warms the ground, we're going to see those air masses start moving very quickly," said Mitch Matlow, a public information officer assigned to the Dixie Fire. "What does that mean for the firefighters on the ground? Erratic, windy fire behavior."