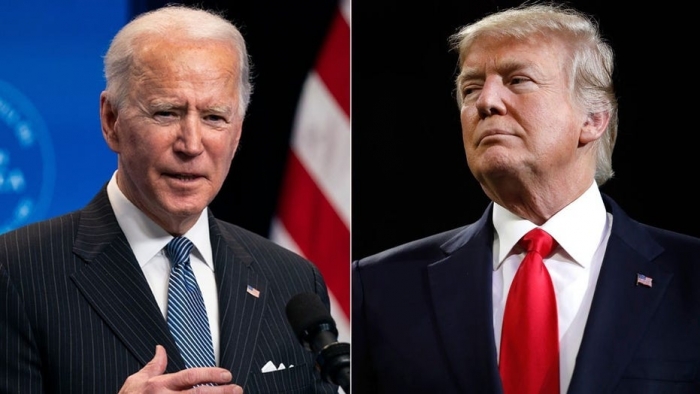 Former President Donald Trump warned critical race theory is "flagrant racism" being forced into "every facet of our society" during a speech to conservatives Saturday night in Phoenix.

Trump spoke at Arizona Federal Theatre for the "Protect Our Elections Rally" hosted by Turning Point Action, TPUSA's political action committee, where he slammed Democrats for adhering to an "America last" ideology.

Two weeks after the 2020 election, a team of lawyers closely allied with Donald J. Trump held a widely watched news conference at the Republican Party’s...

Former President Trump on Friday laid into the news media after a draft report of the 2020 election audit in Arizona reaffirmed President Biden’...

The hand recount of the 2020 Maricopa County, Ariz., election results found that President Biden defeated former president Trump in the county by a slightly...

Donald Trump filed a lawsuit Tuesday against his niece Mary Trump and the New York Times stemming from explosive news articles about the former...