FBI, Brett Kavanaugh
Save for Later
From The Left 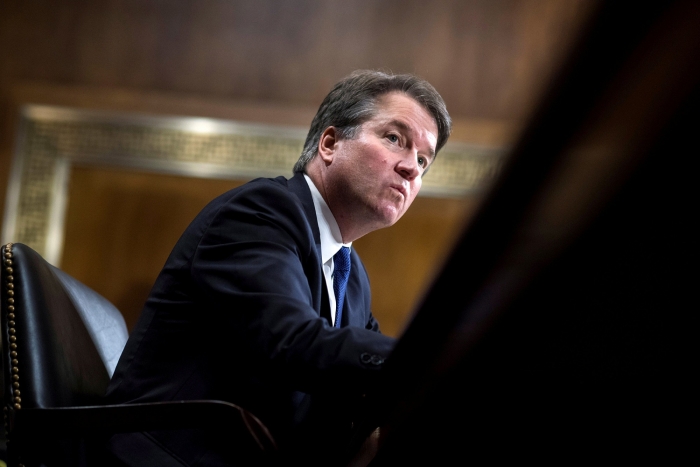 A group of Democratic senators is demanding more answers from the FBI after the agency revealed new details about the limited scope of its supplemental investigation into Brett Kavanaugh's background when he was a nominee for the Supreme Court.

In a letter June 30 to Sens. Sheldon Whitehouse, D-R.I., and Chris Coons, D-Del., made public Thursday, Jill Tyson of the FBI's congressional affairs office acknowledged that the department conducted only 10 additional interviews in its supplemental investigation, even though it had received over 4,500 tips.

NEWS
US gymnasts offer scathing assessment of FBI
The Hill

A long-suppressed FBI report on Saudi Arabia’s connections to the 9/11 plot has revealed that Saudi religious officials stationed in the United States had more...

Prosecutors Have Had Six Months To Go After The Capitol Mob. Here’s What They Have So Far.

Tuesday marked six months since thousands of Donald Trump supporters toppled and streamed past police barriers onto the grounds of the US Capitol, with...

The number of reported hate crimes nationwide against Asian and Black people sharply increased in 2020, according to new FBI data released Monday. Hate...

The FBI has found scant evidence that the Jan. 6 attack on the U.S. Capitol was the result of an organized plot to overturn the presidential election result,...

After the pro-Trump demonstrations and breach of the Capitol on January 6, the Biden administration is promising a new era of FBI snooping, harassment, and...

Report: FBI was in possession of viral Hunter Biden video saying laptop stolen by Russians — and...

A new report alleges that the FBI must have known as early as December 2019 that Hunter Biden thought Russians had stolen one of his laptops and would use...