Disaster, Environment, California, Energy
Save for Later
From The Left 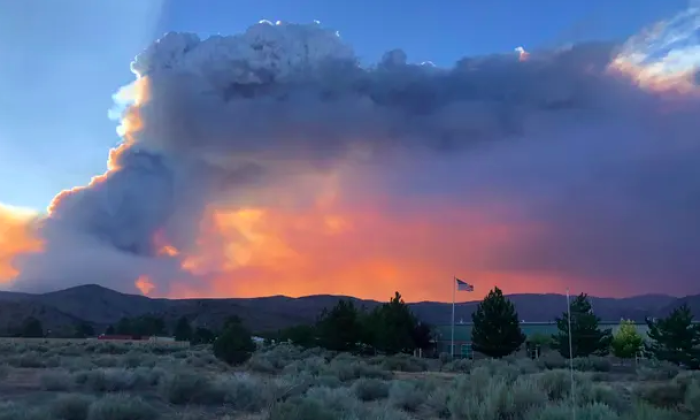 Meanwhile, the major California utility provider PG&E has announced a multibillion-dollar effort to bury 10,000 miles (16,000km) of its power lines, after its electrical equipment was once again blamed for igniting a separate, fast-growing fire in the state’s north-east.

There are dozens of fires burning across the American west. The Tamarack fire, which crossed into Nevada, is burning south of Lake Tahoe and had burned more than 68 sq miles (176 sq km) of timber and head-high chaparral in national forest land as of Thursday. It erupted on 4 July and was one of nearly two dozen blazes sparked by lightning strikes.