Disaster, wildfires, Climate Change, World
Save for Later
From The Center 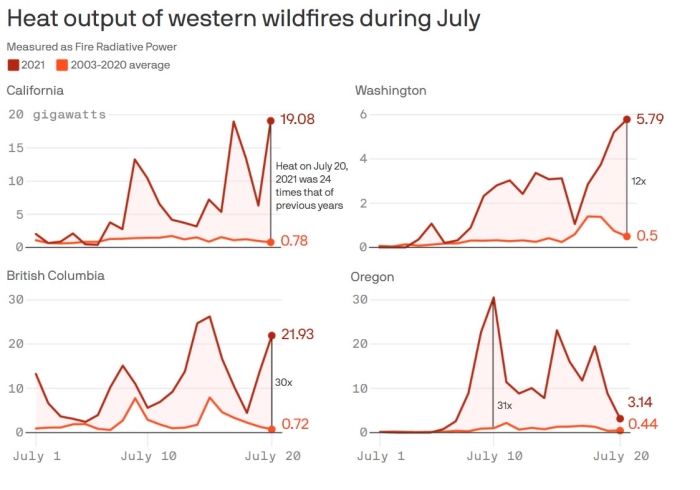 Wildfires across parts of the U.S. and Canada are burning unusually intensely and emitting larger amounts of carbon dioxide into the atmosphere than typical during midsummer, scientists say. Massive blazes in Siberia are also adding more greenhouse gases to the atmosphere, while contributing to local air pollution.

Why it matters: The fires are thriving in areas experiencing extreme heat and drought conditions. They are both a consequence of climate change and an accelerant of global warming.

Driving the news: About 300 wildfires are burning in British Columbia alone, and about 80 large fires are burning in the West. In Siberia, which has been a planetary hot spot since the start of the year, intense and widespread wildfires have broken out, particularly in the Sakha Republic.