Housing and Homelessness, urban planning, Inequality, cities
Save for Later
From The Center 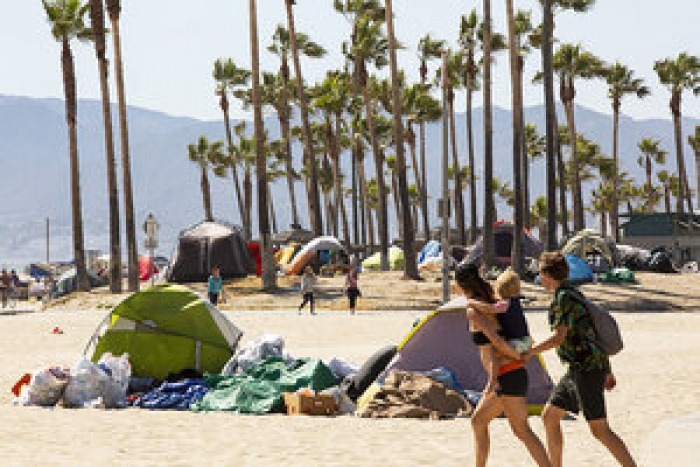 It is nearly noon, and a Los Angeles sanitation crew is wrapping up dismantling the home of Jack Rivers.

A yellow-vested worker rakes the narrow strip of dirt where the veteran’s tarp-covered dwelling once stood – part of a highly controversial homeless encampment of about 200 people jammed along the iconic boardwalk at Venice Beach.

All morning, Mr. Rivers has been sorting his mounds of belongings, his head wrapped in a T-shirt to protect him from the sun. With a small crowd looking on, he flings a sweatshirt, pants, rolls of toilet paper, and a flurry of blue face masks toward a shopping cart. He rolls a round tabletop out of his way and heaves a bicycle frame.

The sanitation workers have already tossed carpets, a nylon awning, and boards into the maw of a nearby garbage truck. They use grabbers to pick up hazardous waste such as needles. From time to time, a mouse or rat makes a quick getaway as items are moved.

Read full story
Some content from this outlet may be limited or behind a paywall.
Housing and Homelessness, urban planning, Inequality, cities