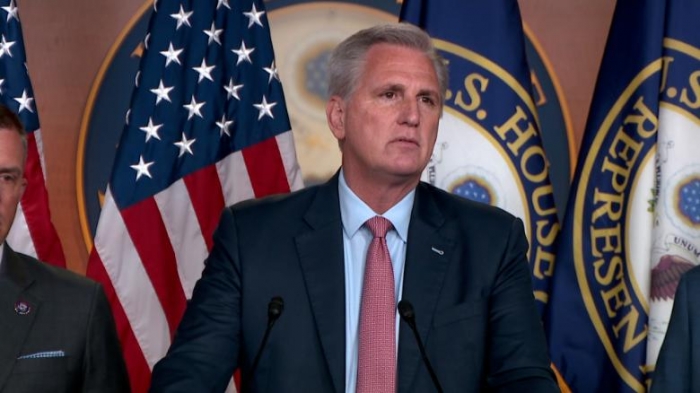 Pelosi's decision to reject the two Republicans -- and McCarthy's response to pull the rest his members -- injected new fuel into the partisan fight over the select committee that's been raging since Democrats created the panel last month to investigate the circumstances surrounding the January 6 attack on the Capitol.

Go ad-free! Support AllSides.
About these ads
More news about US House
https://edition.cnn.com/2021/07/21/politics/nancy-pelosi-rejects-republicans-from-committee/index.html

Two members of Congress secretly flew to Kabul without authorization on Tuesday to witness the frenzied evacuation of Americans and Afghans, infuriating Biden...

House Democrats on Tuesday approved a roughly $3.5 trillion budget that could enable sweeping changes to the nation’s health-care, education and tax laws,...

The House Intelligence Committee is planning to hold a second, classified briefing on Afghanistan when members return to Washington, D.C., in September, a...

The House approved the John R. Lewis Voting Rights Advancement Act on Tuesday in a party-line vote, kicking the legislation to the Senate — where it faces...

House Democrats forged ahead with President Joe Biden’s economic plans Tuesday after they broke a stalemate that threatened to unravel the party’s...

The House of Representatives on Tuesday approved a $3.5 trillion budget blueprint, laying the groundwork for a massive expansion of social safety net and...

House Speaker Nancy Pelosi (D-CA) and moderate Democrats struck a compromise Tuesday on the path forward to voting on the so-called bipartisan infrastructure...

Lawmakers are back in Washington, briefly interrupting their August recess to forge ahead with President Biden's economic agenda, including a massive...