Disaster, wildfires, Climate Change, Pollution, East Coast
Save for Later
From The Center 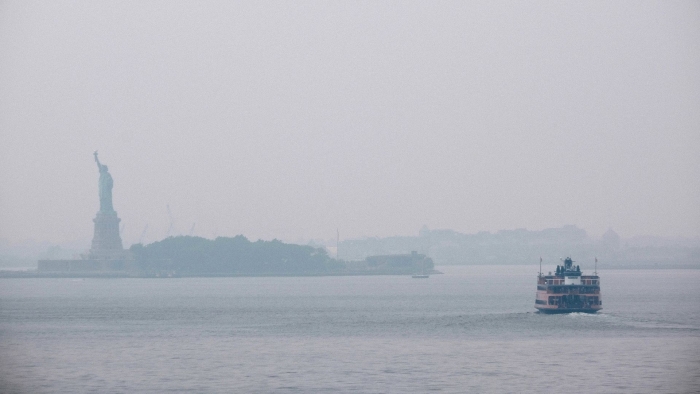 Smoke from the wildfires engulfing the U.S. West and Canada and carrying harmful air pollution has triggered air quality alerts in the Upper Midwest and East Coast cities including New York, Philadelphia and Washington, D.C., on Wednesday, according to the National Weather Service.

Driving the news: The coast to coast smoke, which is clearly visible from space, is due to the nearly 300 wildfires burning in British Columbia and the more than 80 large blazes in the U.S.

The towering pyrocumulus clouds coming off these fires is lofting smoke all the way into the stratosphere, and the jet stream is carrying the smoke eastward across the country.

Our thought bubble: Due to the presence of small particulate matter, wildfire smoke can be hazardous to human health, even many, many miles downwind. The fires are also a source of carbon dioxide emissions, thereby acting to worsen global warming.