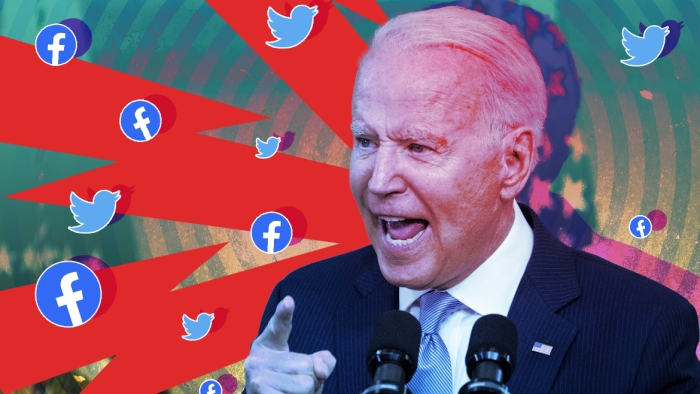 “They’re killing people,” Biden said on Friday, when asked if he had a message to companies like Facebook that allow mistruths and conspiracies about the vaccine to spread to millions of people on their platforms. Facebook pushed back on Biden’s critique the next day in a blog post that accused the administration of “finger-pointing” over the disappointing vaccine numbers. The president softened his criticism later, saying it was the peddlers of disinformation, not the companies themselves, that are killing people.

Even Biden’s tempered comments — along with statements from Surgeon General Vivek Murthy and White House press secretary Jen Psaki — represent a significant escalation in rhetoric designed to pressure Big Tech companies into taking more aggressive action against the most prolific purveyors of vaccine information. Specific attention has been paid to the “Disinformation Dozen,” a group of 12 people identified in one study as responsible for 65 percent of all COVID-19 conspiracy theories online.