US Congress, US Senate, War, US Military, Bernie Sanders, Mike Lee, Chris Murphy, bipartisanship
Save for Later
From The Left 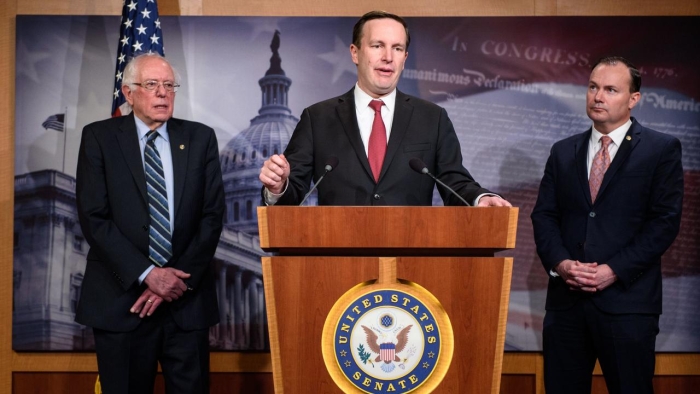 A bipartisan trio of senators have unveiled legislation to bolster Congress' role in foreign policy, seeking to correct the balance of power between the legislative and executive branches after decades of deferring to the president on national security matters.

The bill by Senators Chris Murphy, a Democrat from Connecticut, Mike Lee, a Republican from Utah, and Bernie Sanders, an independent from Vermont who caucuses with Democrats, would require the president to consult with congressional leaders and obtain congressional authorization before exercising certain national security powers.

If a president acts without such authorization, there will be an automatic funding cutoff for the operation after a set number of days under the proposal by the trio of senators.