General News, space travel
Save for Later
From The Center 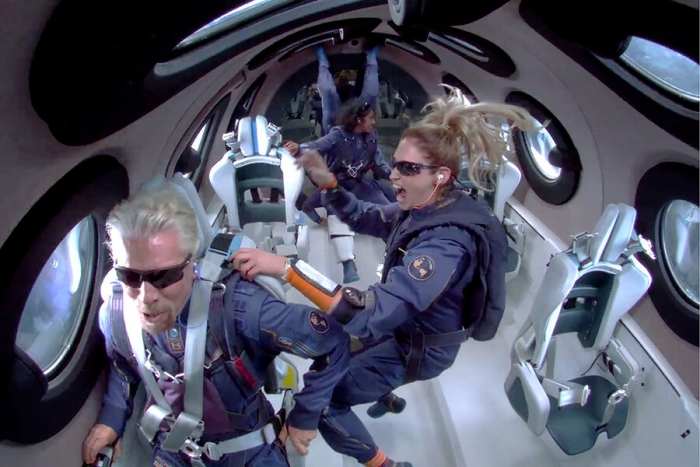 As billionaires boldly go spaceward, it signals an era of increased activity beyond Earth’s atmosphere. Along with guiding principles, does space also need more enforceable rules?

The closing line from “Back to the Future” fits the moment as human spaceflight expands with a pair of billionaires blasting beyond Earth’s atmosphere – Richard Branson on July 11 and Jeff Bezos scheduled for tomorrow. But behind the high-profile commercial launches, a question looms: Are more rules of the road needed, metaphorically, for a trackless domain that is seeing a rapid increase in activity?

The excitement this month is palpable as doors open for more people to experience space travel. Amazon founder Mr. Bezos is set to launch on the Blue Origin rocket tomorrow morning with his brother as well as the oldest and youngest people ever to enter space.

Yet with widening opportunities come ethical and practical concerns. How do you stay safe as human traffic increases along with more satellites, scientific experimentation, debris, and potential military activity?

In May, the uncontrolled reentry of a Chinese rocket caught the world’s attention about the challenges posed by space junk, including litter that remains in permanent orbit and can put spacecraft at risk. And in September 2019 a near collision between a SpaceX satellite and European Space Agency satellite in low-earth orbit showed the lack of international guidelines on how to handle collision avoidance, according to a report by the research organization Rand.

“There are very clear indications that space law, writ large, or space governance, if you want to use that term, is underdeveloped,” says retired Brig. Gen. Bruce McClintock of the U.S. Air Force, who leads Rand's space enterprise initiative and is an author of the recent report.

Read full story
Some content from this outlet may be limited or behind a paywall.
General News, space travel