Disaster, wildfires, heatwave, Oregon, Climate Change
Save for Later
From The Center 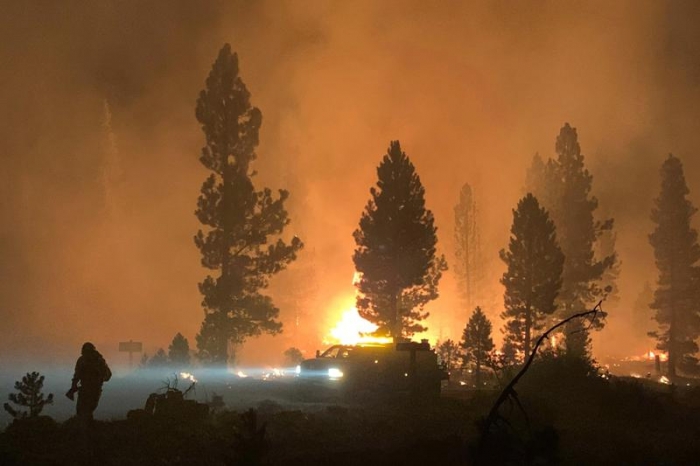 The nation’s largest wildfire torched more dry forest in Oregon and forced the evacuation of a wildlife research station Monday as firefighters had to retreat from the flames for the ninth consecutive day due to erratic and dangerous fire behavior.

Firefighters were forced to pull back as flames, pushed by winds and fueled by bone-dry conditions, jumped fire-retardant containment lines and pushed up to 4 miles into new territory, authorities said.

The destructive Bootleg Fire in south-central Oregon is just north of the California border and grew to more than 476 square miles (1,210 square kilometers), an area about the size of Los Angeles.