America’s Collapsing Meritocracy Is a Recipe for Revolt

people and profit, China, History, Culture, Economy and Jobs
Save for Later
From The Center 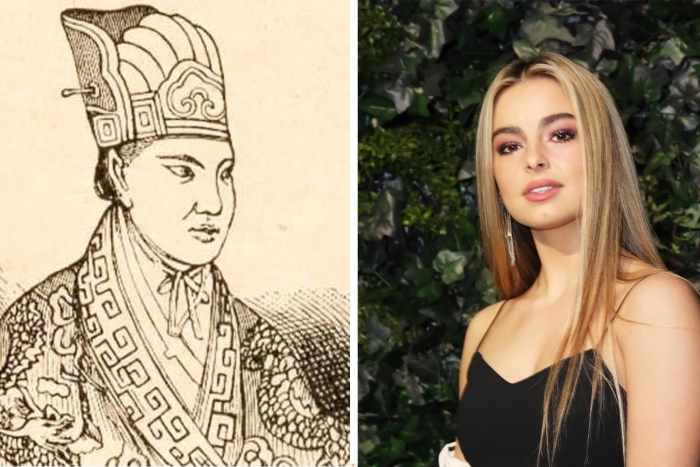 TikTok star Addison Rae caused a sensation on social media last week for something other than her dance moves. Rae posted a tweet that included a picture of her holding an Ultimate Fighting Championship (UFC) microphone before a match between Conor McGregor and Dustin Poirier. Her caption read: “I studied broadcast journalism in college for 3 whole months to prepare for this moment.”

Read full story
Some content from this outlet may be limited or behind a paywall.
people and profit, China, History, Culture, Economy and Jobs

Andrea Macklin never turns off his TV. It’s the only way to drown out the noise from the wood mill bordering his backyard, the jackhammer sound of the plant...

For the past year, Jeromy Sonne has been on the road with his wife, Kelsey, and their 2-year-old son, Emmett, living and working in short-term home rentals...

New findings from the House Committee on Oversight and Reform into infant inclined sleepers finds that Fisher-Price failed to ensure its Rock 'n Play...

Christian millionaires – including Dan Cathy, an heir to the Chick-fil-A fortune – are behind one of “the most sophisticated dark money operations” ever seen...

Biden Team Prepares $3 Trillion in New Spending for the Economy

President Joe Biden will be briefed by advisers this week on infrastructure, climate and jobs proposals being considered by the White House that could...

Ocasio-Cortez: $15 wage only 'socialist' to those in 'dystopian capitalist nightmare...

Rep. Alexandria Ocasio-Cortez (D-N.Y.) on Sunday said the push for a $15 minimum wage is in response to millions of Americans living in poverty who are...

Shoring up the grid: What El Paso can teach the rest of Texas
ANALYSIS

On Valentine’s Day, every county in Texas went under a winter storm warning. The next day, the lights began to go out. In the days since, millions of Texans...

Lawmakers on both sides of the aisle Thursday said the U.S. is in a strong position to use technology to help protect the environment, and highlighted the...

It's been a whole 11 days since President Joe Biden signed a $1.9 trillion spending bill, so naturally the White House is already planning the next, even...

It's not 'Covid relief' if they want to make it permanent. Back in the campaign for Georgia's two Senate seats -- the fight for control of the Senate --...

Uber drivers, Etsy sellers, and others who earn income through the gig economy could get a nasty surprise from the $1.9 trillion emergency spending bill signed...