Criminal Justice, Justice Department, Capitol Chaos
Save for Later
From The Left 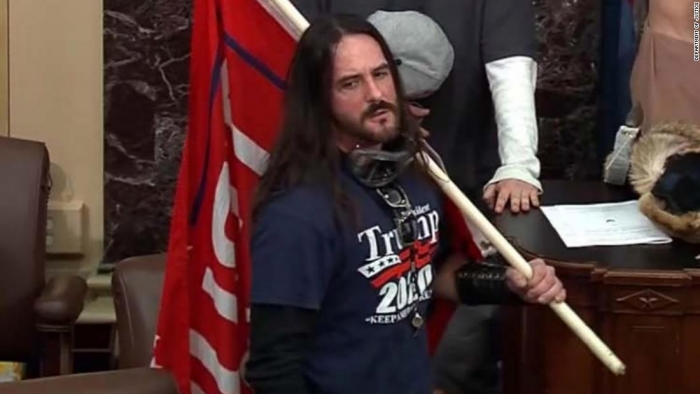 A man who pleaded guilty to breaching the Senate chamber during the US Capitol insurrection was sentenced Monday to eight months in prison in a closely watched case that could influence how hundreds of other rioters charged with the same felony are punished.

Paul Hodgkins, a 38-year-old Floridian, is now the first Capitol rioter convicted of a felony to be sentenced. He pleaded guilty last month to obstructing congressional proceedings -- specifically, the counting of the electoral votes, which he helped delay on January 6. He spent about 15 minutes inside the Senate chamber, wearing a Donald Trump shirt and carrying a Trump flag.

NEWS
Police Misbehavior Is a Crucial Threat to Liberty
Reason