Violence In America, Sports, Washington D.C.
Save for Later
From The Left 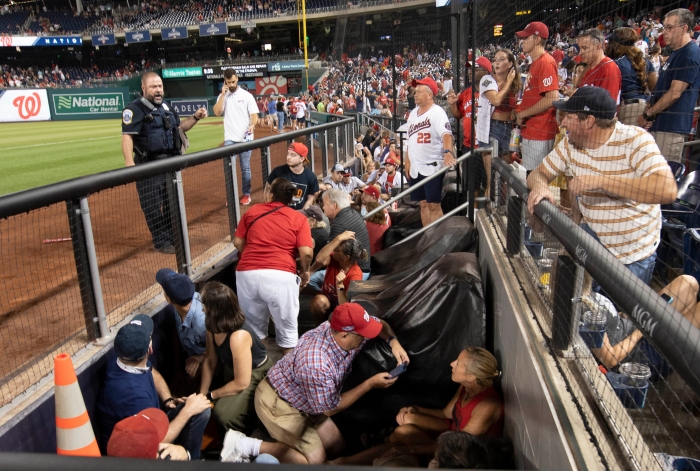 Saturday night's game between the San Diego Padres and Washington Nationals was suspended after a shooting outside Nationals Park, the team announced.

The shooting occurred outside the third base gate, the team and D.C. Metro Police said, halting play in the sixth inning and leading to moments of panic inside and outside the stadium.

Three people were wounded in the shooting, according to the MPD, and gunshots were audible from within Nationals Park, sowing confusion among fans, players and stadium employees.

After the gunshots rang out, players from the Padres summoned family...

Read full story
Some content from this outlet may be limited or behind a paywall.
Violence In America, Sports, Washington D.C.

Border Patrol Agents Killed the Uvalde School Shooter. But Why Were They on the Scene?
Texas Monthly

News
A Republican Tried to Introduce a Commonsense Gun Law. Then the Gun Lobby Got Involved.
ProPublica

‘It was the wrong decision’: Head of Texas Rangers said police chief acted too slowly in responding to Uvalde shooter
San Antonio Express-News

News
School Shooting
The Flip Side