ISIS, Gun Violence, War, Terrorism
Save for Later
From The Left 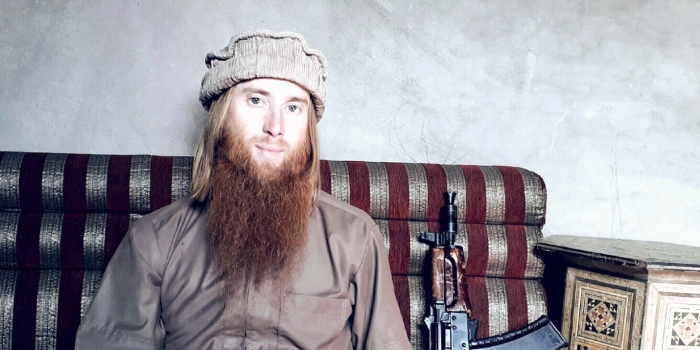 I'd been communicating with Russell Dennison almost daily for more than six months when his messages suddenly stopped coming.

Dennison was a devout Muslim. He believed the time and place of his death were predetermined, that if a bomb were meant for him, it would kill him, regardless of anything he might do to avoid it. That bomb found him in the spring of 2019 in Baghuz, a small village in eastern Syria near the border with Iraq. I learned of his death months later, after a witness told Dennison’s Syrian wife, and she told me.

A red-bearded American who was raised Catholic in the Pennsylvania suburbs, Dennison was among the first Americans to join the Islamic State, or ISIS. I had initially tried to contact him in 2014, after hearing rumors that he’d left the United States to fight in the Syrian civil war. For years, I received no response. Then in August 2018 — after fleeing Raqqa as U.S.-led coalition forces approached ISIS’s de facto capital — Dennison emailed me. He wanted to talk.

Read full story
Some content from this outlet may be limited or behind a paywall.
ISIS, Gun Violence, War, Terrorism

News
ISIS Targets Trump, America: 'You are Being Run by an Idiot'
Townhall