sexual misconduct, Andrew Cuomo, New York
Save for Later
From The Right 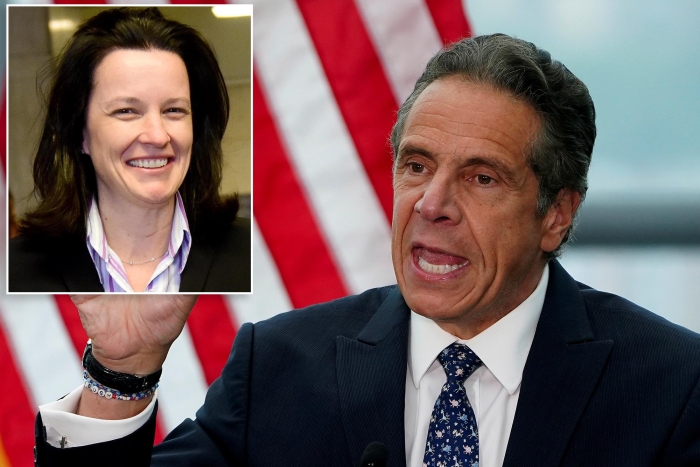 Gov. Andrew Cuomo used campaign cash to pay nearly $285,000 in bills from the lawyer defending him against sexual harassment allegations, according to documents filed Friday — despite publicly claiming he wasn’t doing so last month.

Although Cuomo told reporters on June 2 that he wasn’t spending political donations on his legal fees “at this time,” his campaign paid $173,098 to former US Justice Department official Rita Glavin that very same day, according to an official filing with the state Board of Elections.

Chris Cuomo Sexually Harassed Me. I Hope He’ll Use His Power to Make Change.
OPINION

I was Chris Cuomo’s boss at ABC News nearly two decades ago, and I am a regular viewer of CNN today, so I’ve long watched how he communicates on camera and...

This week some of gymnastics’ biggest stars shared scathing testimony to the Senate Judiciary Committee about the FBI’s failure to stop Larry Nassar, the ...

For His Accusers to Get Justice, Andrew Cuomo’s Impeachment Must Go On
OPINION

“A Petty Tyrant with Too Much Power”: Former Cuomo Rival Zephyr Teachout Responds to Resignation
ANALYSIS

Law professor Zephyr Teachout, who challenged Cuomo for the New York Democratic nomination for governor in 2014, describes Cuomo as “extraordinarily...

Lawmakers in the New York State Assembly will issue a report on their investigation into Governor Andrew Cuomo after abandoning an impeachment effort in light...

In Barely A Year, Gov. Cuomo Went From A Pandemic Hero To A Political Pariah

In the space of just over a year, N.Y. Gov. Andrew Cuomo went from a pandemic "hero," watched daily by millions of people, to a flattened politician under...

New York Gov. Andrew Cuomo has announced he will resign from office following a scathing report from the state's attorney general concluding that the third-...

R. Kelly found guilty on all counts in sex-trafficking trial

Disgraced Gov. Andrew Cuomo has gone down fighting, using his farewell address to defiantly brand his treatment “unfair” and slam the attorney general’s...