Disaster, Europe, Germany, floods, World
Save for Later
From The Left 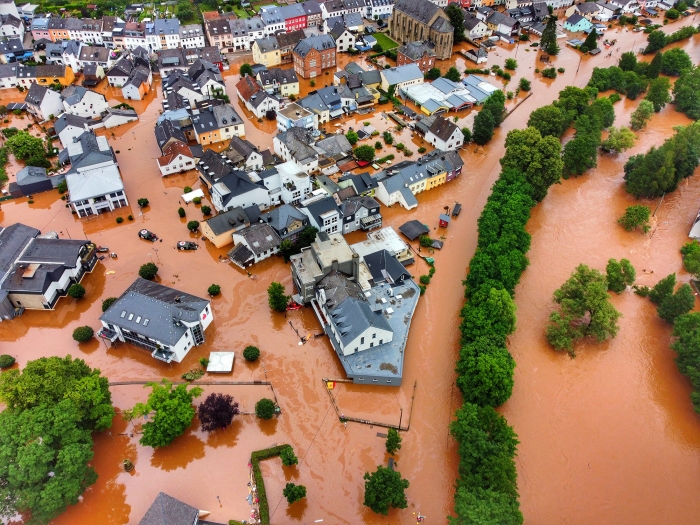 More than 100 people have been killed by floods in Germany after extreme rainfall caused rivers to overflow in the western part of the country on Thursday, and the toll is expected to increase as the floodwaters recede.

Dozens have also been killed in neighboring Belgium and the Netherlands.

Rescue operations are ongoing as hundreds of people are still listed as missing, although officials hope the number will decrease as communications are restored. According to the Associated Press, dozens of residents were rescued from their roofs, where they had taken refuge from the rising waters. The full extent of the damage is still unknown; many have suddenly lost everything, as homes collapsed and cars were swept away in the storm.