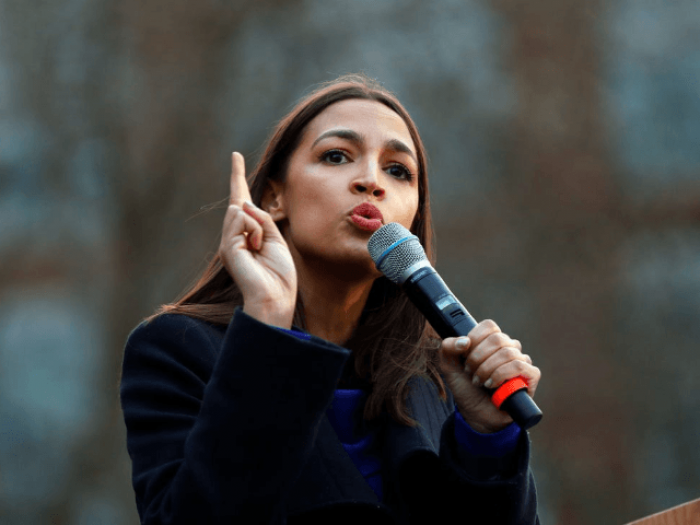 Rep. Alexandria Ocasio-Cortez (D-NY) blamed the “absurdly cruel” U.S. embargo of Cuba on Thursday for the nation’s turmoil, singling out “Trump-era restrictions” on the socialist state as driving the unrest.

In her first formal statement responding to the protests that have rocked Havana’s Communist dictatorship, the Bronx Congresswoman says she backed the protesters. In a statement posted on Twitter, she then laid out where the blame should be laid:

She said the repressive Havana regime was not the only cause of the island nation’s troubles:

We also must name the U.S. contribution...

Read full story
Some content from this outlet may be limited or behind a paywall.
Politics, Cuba, Alexandria Ocasio-Cortez, Black Lives Matter, Cuba protests

Almost half a million US households lack indoor plumbing: ‘The conditions are inhumane’

Yan Yu Lin and her seven-year-old daughter live in a tight studio in San Francisco’s Chinatown, in a century-old building where 60 or so residents on each...

The White House budget office will tell federal agencies on Thursday to begin preparations for the first shutdown of the U.S. government since the pandemic...

Support for Texas Republican Gov. Greg Abbott has taken a dive in the state, according to a new poll released Sunday. A 54% majority of Texans believe the...

Senate Republicans on Monday evening blocked a measure to fund the government and suspend the debt ceiling, carrying through on their threat to not...

Senate Republicans are poised to block a Democratic bill that would both fund the government and raise the country’s borrowing limit, as the parties...

Cheney allies flock to her defense against Trump challenge

Allies of Rep. Liz Cheney (R-Wyo.) are starting to make a concerted effort to boost her reelection bid as she wages the fight of her political life...

The debt ceiling battle on Capitol Hill is pitting corporate America against congressional Republicans in a test for business groups that have historically...

Sen. Todd Young warned the few dozen conservatives gathered this month in the basement of a sushi restaurant that their activism could be the only thing to...

Beto O'Rourke takes shot at Matthew McConaughey: 'I don’t know how he feels about any of...