Healthcare, Medicare, Democrats
Save for Later
From The Right 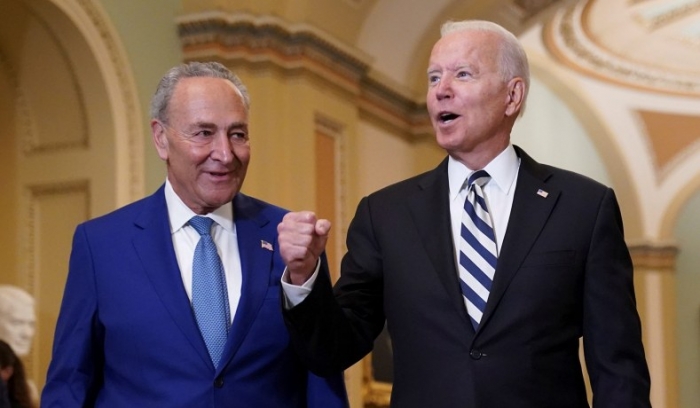 Instead of fixing our broken entitlements, Democrats want to make them more generous than socialist Canada’s.

When the United States entered World War II and rapidly ramped up military production, it drove debt to its largest share of the economy in the nation’s history. But as the crisis ended, that spending wound down, and debt returned to more sustainable levels.

What is happening now is something quite different. Even before the COVID-19 pandemic hit, the U.S. was already on an unsustainable fiscal path, primarily as a result of spending on entitlements. Starting from this already historically high baseline, Congress enacted $6 trillion worth of spending during one year, spanning two administrations. Last year, debt exceeded the size of the economy, and this year, according to the Biden administration’s budget request, it is expected to break the World War II record and reach 109.9 percent of gross domestic product.

In a sane world, now that the pandemic has receded, the focus of lawmakers would be on how to wind down crisis-era spending patterns. If they wanted to be responsible, they would even be using this opportunity to fix our broken entitlement system. Instead, they are moving in the opposite direction.

Democrats, at President Biden’s urging, are proposing $4.1 trillion worth of new spending in spite of the mounting debt and in the face of a growing inflation problem. At least some Republicans have already signed on to support nearly $600 billion of that new spending as part of a so-called bipartisan compromise, so they should be seen as complicit.

What’s amazing is that not only are Democrats pushing to add a massive amount of money to our already unsustainable spending obligations, but they are actually planning to expand Medicare — the program that is the single biggest driver of the longer-term debt problem. Without changes, the program is expected to see its annual spending more than double over the next decade. In ten years, Medicare is projected to surpass Social Security as the largest program in the government and absorb nearly one out of every three tax dollars collected.

Read full story
Some content from this outlet may be limited or behind a paywall.
Healthcare, Medicare, Democrats