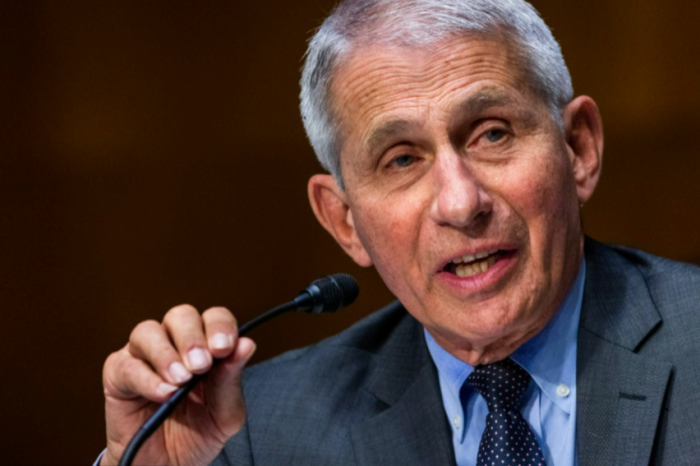 The Biden administration is casting conservative opponents of its Covid-19 vaccine campaign as dangerous and extreme, adopting a more aggressive political posture in an attempt to maneuver through the public health conundrum.

The White House has decided to hit back harder on misinformation and scare tactics after Republican lawmakers and conservative activists pledged to fight the administration’s stated plans to go “door-to-door” to increase vaccination rates. The pushback will include directly calling out social media platforms and conservative news shows that promote such tactics.

NEWS
Have ‘1 in 9 Vaccinated Adolescents Suffered a Severe Adverse Reaction’ From the Pfizer Vaccine?
The Dispatch Fact Check

How Is the Media Still Screwing Up Covid Stories?
OPINION

There is already so much bad news about Covid-19 that no one needs to look very hard to find it. On Memorial Day, the United States was hovering around 25,000...

Reddit Responds to Calls From Moderators to Fight Disinformation

Some of the most popular subreddits are protesting the proliferation of COVID-19 disinformation and conspiracy theories on the platform. Moderators from...

Phil Valentine, a Nashville-based conservative radio talk show host who had questioned whether it was necessary for all people to get Covid-19 vaccines, died...

Two outspoken Republican lawmakers were penalized by online platforms Aug. 10 for sharing misinformation about the impact of COVID-19 vaccines and mask-wearing...

Have ‘1 in 9 Vaccinated Adolescents Suffered a Severe Adverse Reaction’ From the Pfizer Vaccine?
FACT CHECK

A viral Facebook post from Physicians for Informed Consent, self-described as a “nonprofit organization focused on science and statistics...

The Centers for Disease Control and Prevention recommends the use of ivermectin as a treatment for arriving refugees to treat parasitic infections. But a...

How a story about ivermectin and hospital beds went wrong
OPINION

Last week, KFOR, a local news outlet in Oklahoma, published a story that contained some terrifying information: so many people in the state were hospitalized...

Multiple Arkansas inmates reported that, unbeknownst to them, they were given Ivermectin to treat COVID-19. The jail physician who prescribed the drugs is now...

YouTube has since February 2020 removed more than 1 million videos related to "dangerous" coronavirus information, such as false cures or claims of a hoax...

We recently published a new climate change report in the peer-reviewed scientific journal Research in Astronomy and Astrophysics (RAA). The nearly...

Dr. Anthony Fauci, the White House medical adviser on the coronavirus, has responded to rapper Nicki Minaj’s recent comments about the coronavirus vaccine....

Whatever Happened to the Journalistic B.S. Detector?
OPINION

At some point the journalistic injunction, “If your mother says she loves you, check it out” became “If it fits the Narrative, don’t bother to check it out...

CNN, a far-left propaganda outlet that encourages violence against Trump supporters, obtained an interview with Dr. Anthony Fauci and — just as everyone would...

Dr. Anthony Fauci has been accused by critics of lying after newly released documents appear to contradict his claims that the National Institute of Health did...