Religion and Faith, Pope Francis, Health
Save for Later
From The Center 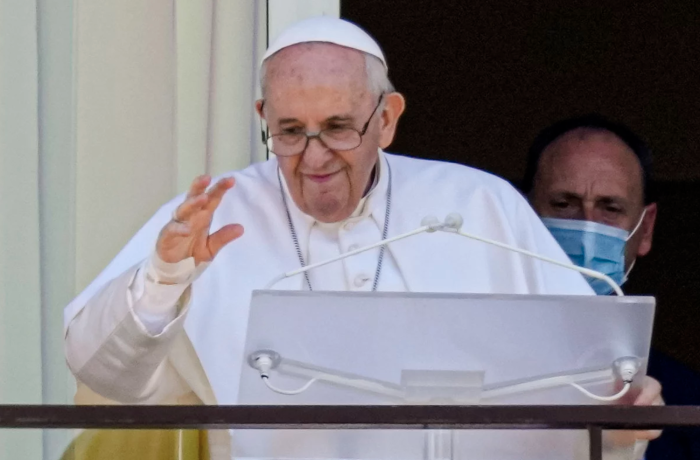 From the balcony of a tenth-floor window at hospital in Rome, Pope Francis made his first public appearance Sunday since having major intestinal surgery a week ago.

The Vatican says the 84-year-old pontiff has been on the mend since his scheduled surgery on July 4 to remove a portion of his colon that had narrowed due to inflammation. This is his first known hospital stay since being elected to the papacy in 2013.

During his Sunday address, the pope addressed the need for all people to have accessible health care. Reading from prepared remarks, Francis steadied himself on a lectern for support and praised the "tenderness" of those who care for the sick.